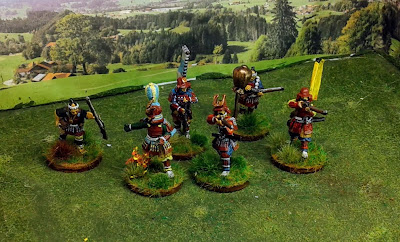 Hey I managed to get them done in less than a year.  The other pack of Perry Samurai with Handguns finally crosses the finish line.  I did these in red to complement the first six that were done in black.  Similar to that group I went with two cloth sashimono and two 3-D sashimono. 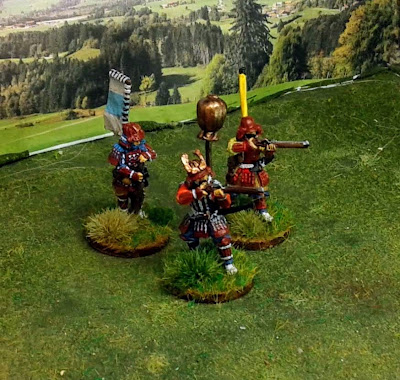 I am not sure how I will use these under my current preferred rule sets.  For Test of Honour, I may just ignore the rules and allow one of my Samurai to upgrade to a gun rather than a bow.  Heresy I know, but history does not bear out a restriction on guns for a Samurai skirmish game.  (And if the movies are to be used as an argument than, if a teppo is good enough for Katsuyori (Kenshin) to blast Lady Yae off of her horse when she challenged the Uesegi to a duel, then it is good for my version of a Hollywood-Style skirmish game.) 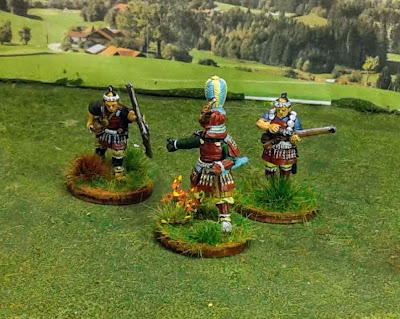 For two the strongest, I will just substitute one of these guys in for the commander of an Ashigaru unit to represent a hero. 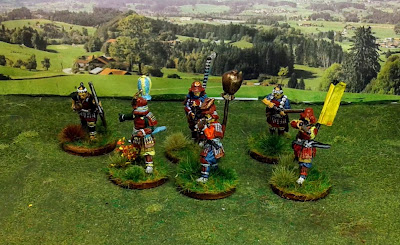