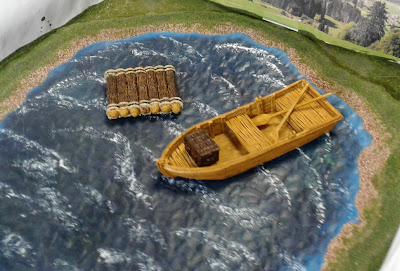 So I painted a nice rowboat and raft for Ghost Archipelago and Rangers of Shadowdeep when things took a turn for the worst... 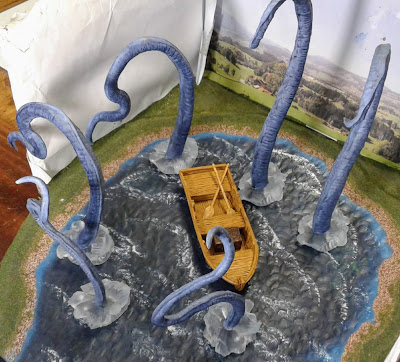 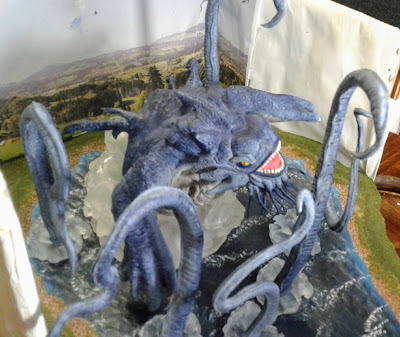 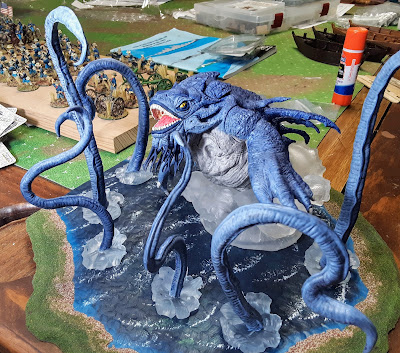 I little bit of a diversion from my normal fare to be sure, but an entertaining project none the less.  A friend of mine plays RPGs and has a story centered around a Kraken.  I figured as long as I painted a few cultists to help the story along I should also provide the object of their devotion for the inevitable denouement.  I used the same base colors that I did with the Cultists (seemed appropriate) and played with trying to get some natural countershading. I think the lips came out with a greater contrast than I originally intended, but otherwise the model came out ok.

The project also inspired me to finally finish the resin boats I picked up from Miniature Market last year to support my son and I's Ghost Archipelago games.  They are a bit on the large side (and a little rough from the 3D printer), but work quite well for holding 4-6 based 28mm figures. 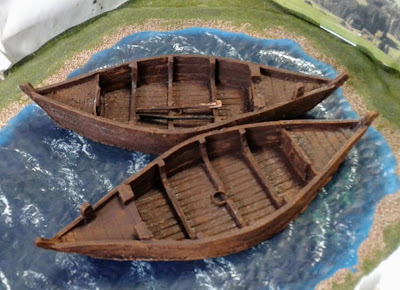 I picked up four so we has enough to carry both warbands as well as any interlopers in our games. 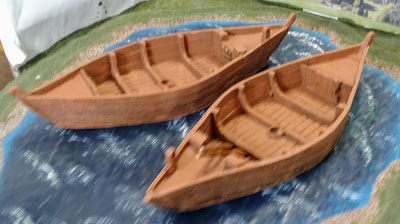