Third quarter update and preparing for the final stretch

Unlike previous years, I have not done any quarterly updates this year.  There are a mere three months left to put stuff into the ledger, so perhaps an update might provide the necessary motivation.

Reflecting on my overall goals:

This years initiative was:  The past must pay for the future!  i.e. I can only purchase 50 'points' worth of new models for every 100 points of back logged models I manage to paint.  How has that been fairing? 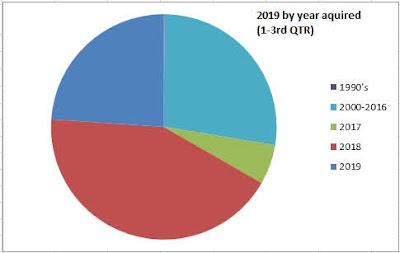 Not too bad overall.  2019 acquisitions account for only 24% of total output, but more importantly, I have very little backlog.  I have been painting the new models as they come in, which leaves only about 250 points worth still outstanding.  This was primarily driven by my forays into Fantasy Skirmish gaming with my son over the summer as well as rounding out a few old collections. (and tackling some scifi projects from the 90's)

Scale-wise I anticipated 28mm taking the lead with 10mm close behind. 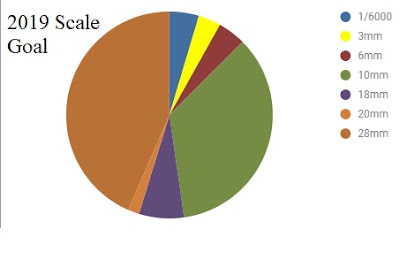 28mm is dominating, though 6mm made an unexpected return to the fore with the new Commands and Colours: Medieval driving some minis out of the lead pile.  There are a lot of 28mm figures on the table right now, so this promises to get even more lop-sided however. 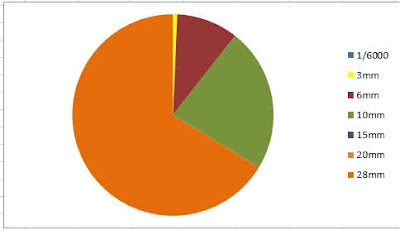 Going project by project, some gains can be reported

10mm Seven Years War Project - I appear to have sputtered out just shy of the finish line.  A mere four regiments of light infantry need to be completed.  I need only actually do it.


28mm Samurai - I am so close on this one, I should really feel more motivated.  All of the backlog of Perry minis are complete save the Takeda Shingen set.  I have picked up a few more Footsore minis, but I need to finish the last Daimyo to justify doing a group shot.

28mm Cold War - All but three minis done here,  I still want to get that BMP.

28mm Italian Wars - One new block done as well as some mounted crossbows.  I really need to tackle the last of the artillery.

Other stuff:   A lot of stuff has come up here this year.  In addition to a pile of terrain and monster models for Rangers of Shadowdeep/Frostgrave/Ghost Archipelago I managed to paint two armies for Runewars.  A brief foray into Battletech has also resulted in some more mechs getting painted.
I also have some early Native Americans and Vikings from Footsore miniatures I am currently working. on.  Overall, 2019 has been more about filling out old projects than starting new ones. 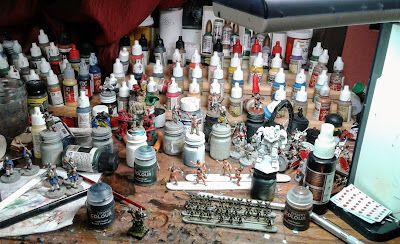 so what is left for this quarter?

It seems easy enough.  Now I just have to do it... 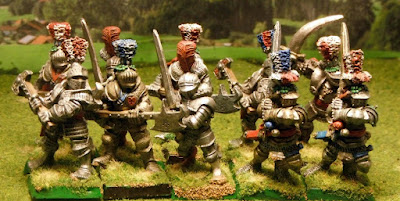