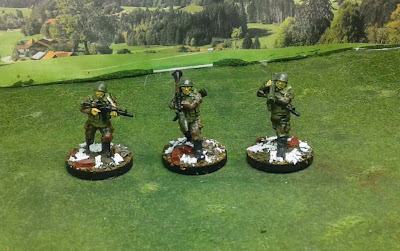 I have long been fascinated by the period of dis-integration that followed the collapse of the Soviet Union.  I originally joined the army at the tail end of the Cold War just as the thaw turned into a torrent of melt water.  As an armor officer, I watched our focus move from the defeat of a Soviet offensive across central Germany to the conduct of Stability and Sustainment Operations (SASO) in the former Yugoslavia  (I forget haw many different ways we called this stuff, OOTW, SASO, SOSO?)

The 90's were filled brushfire wars that erupted as long suppressed ethnic tensions flared: Bosnia, Kosovo, Nagorno-Karabakh, and South Ossessia are but a few cases were this led to violent conflict.  (As compared to the relatively amiable separation of countries like Czechoslovakia )  The war in Chechnya, however, stood out most.  The initial Russian push into Grozny was a complete disaster for  the Russians with entire armored columns trapped and destroyed in the streets.  (I read as much as I could about the conflict as it happened just for the lessons learned about using armor in urban terrain.)  By the end, the Russians had fallen back on their old stalwart friend:  massive artillery bombardment. 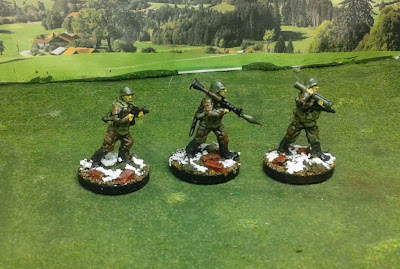 I missed Tiny Model Terrain's first Kickstarter for this time period, but managed to jump in on the second one they ran last October.     My goal was to get some models I could use to expand my current Cold War collection, with figures appropriate for a late 80's Cold War Gone Hot, and also get some appropriate insurgents for games set in the 90's.

The models arrived early, last month, so I have been taking my time with the Camouflage patterns to get the right feel.  The figures are nicely proportioned with an outstanding attention to detail.  The first figures I did were a Russian AT set from their first kick-starter that had the ubiquitous RPG-7, but also added some collapsible AT launchers similar to the US LAW rocket system.  These are a nice touch as they can be used as AT weapons like the RPG-18 but also as Thermobaric Weapons like the RPG-26 for taking on bunkers and other fortified positions.

For the camouflage pattern, I went with the forest pattern for the Soviet era TTsKO pattern that was still in use at the time (and also makes them usable for Games set in WWIII Europe)

This collection also filled in some gaps for the period by adding a AGS-17 'plamya' Automatic Grenade Launcher.  Soviet Motorized Rifle Battalions included a platoon of these weapons for infantry support, and they tend to crop up in battle reports around the world.  I picked up several of these with the intent of converting at least one with a Gas Mask to join my Soviet CBRN platoon. 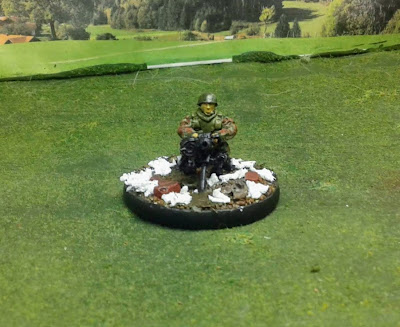 Lastly, here is the Platoon Leader and his RTO.  The officer appears to be wearing a jumpsuit, so I opted to paint him in the Soviet "Sun Bunny" pattern KLMK combat suit. 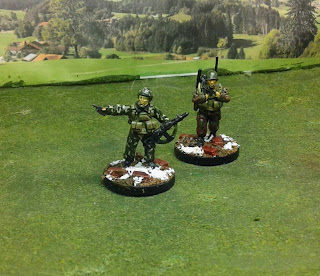 Definitely not the usual fair for people who visit this blog, but my tastes are eclectic.  I tend to use my hobby as a way to support my research in history.  This project has me digging out old copies of Armor magazine and rereading reports for these conflicts.  It gets the nostalgia and creativity flowing, so why not?

A dozen or so more Russians to go, then the Chechens.  More updates to come I suppose. .
28mm Chechnya Cold War Russia Tiny terrain Models USSR