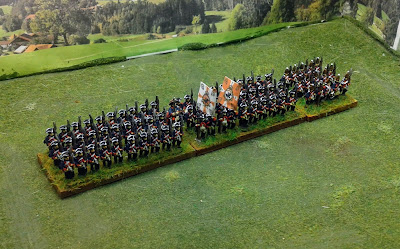 Yet more Prussian infantry (just 8 more regiments to go at this point)  this time in the form of the
Kleist Infantry regiment.  This regiment was at both Chotusitz and Mollwitz in the War of Austrian Succession, but also sports the standard red, white, blue combination of colors which allows them to stand in for most SYW battles as well.

I am also in the process of rebasing the rest of the Grenadiers (because of course I am.), and I at least charted out my plans for the Regiments I will form from the stuff already in the lead pile.  I have about 21 units overall to do, so we will see how much I can get done by years end. 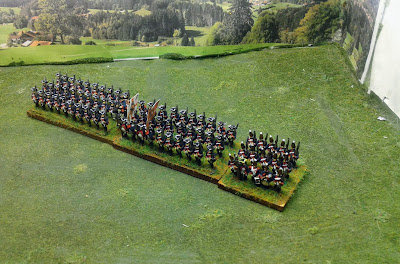