Rehabilitating the Past -More Bretonnian Riders 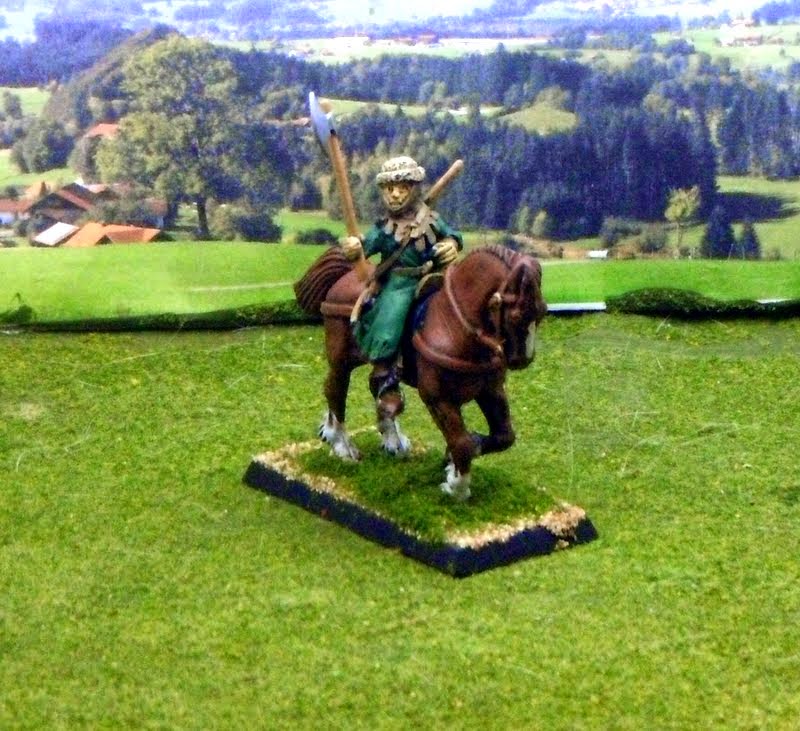 A little over a year ago, I finished my unit of Bretonnian Outriders less three figs that were missing their Spear arms.  Using some leftover Fireforge weapons arms, I think I have a reasonable handle on those last three now. 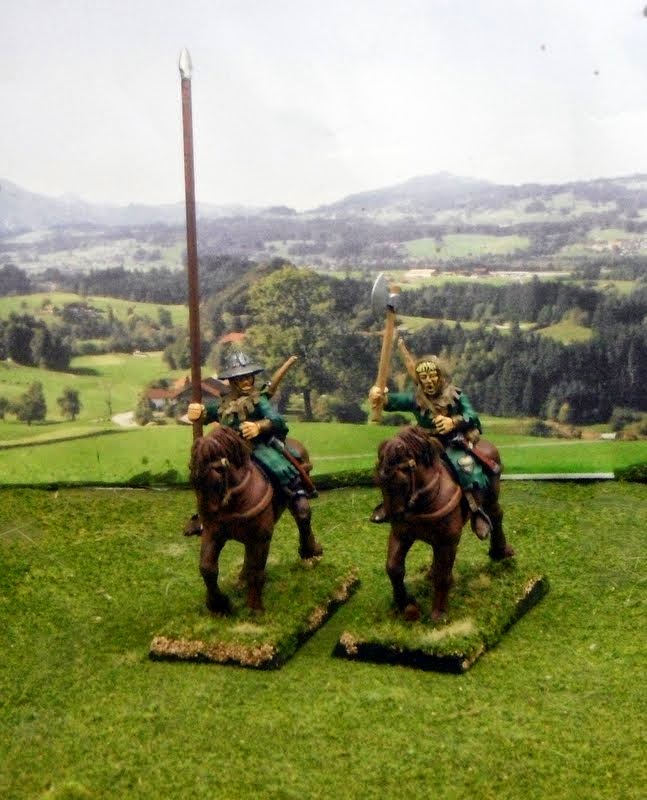 I opted to do two with Axes and one with a lance I will turn into a standard pole.  I used some putty to cover up the chainmail, but they still look a little rough singly.  Fortunately they are meant to be part of group. 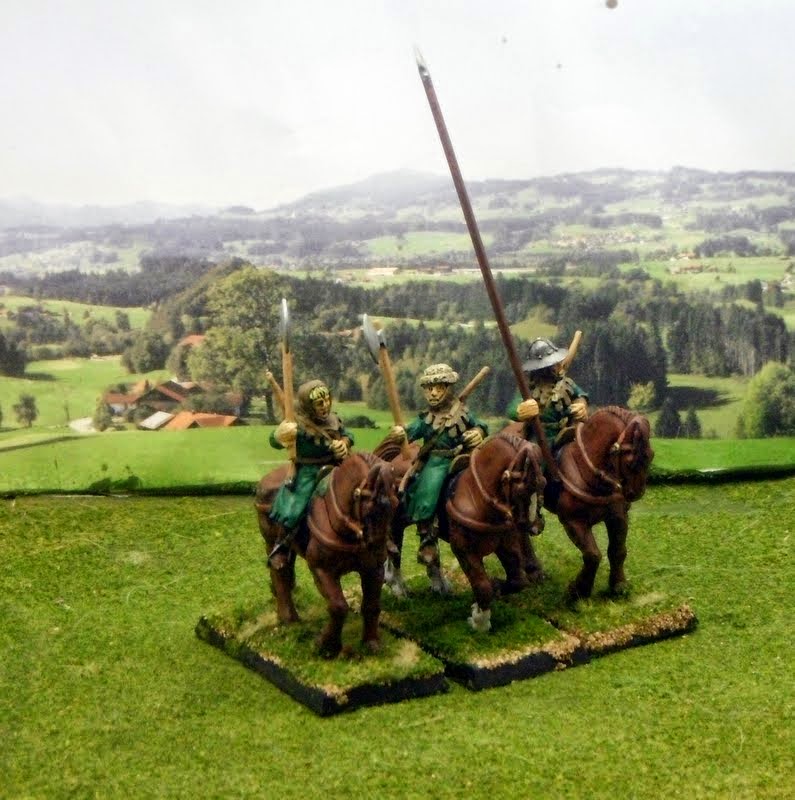 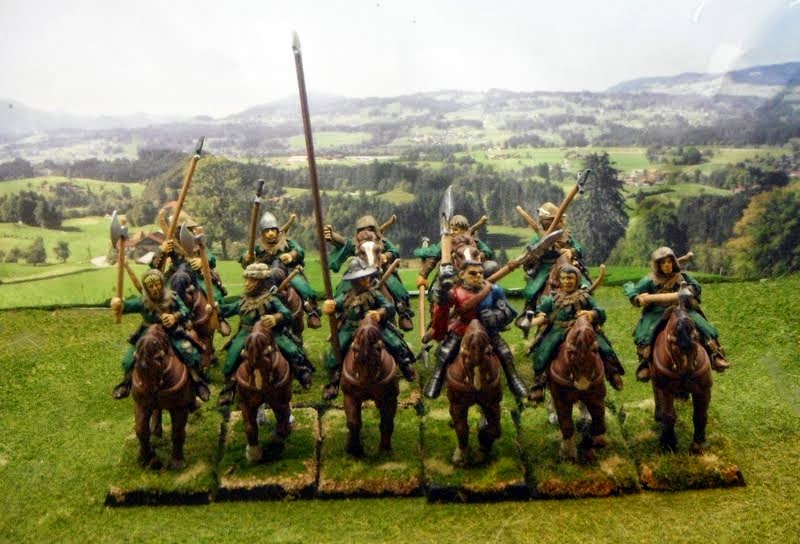 In the center of the formation is another conversion I finally go around to finishing since it was started in the last century....  The leader is a converted plastic Bretonnian knight from the fourth edition boxed set.  His head is an old WH40K imperial guardsman from the boxed set which truly makes him old school.  The Boar spear and the axe I think are from an old Ral Partha set.