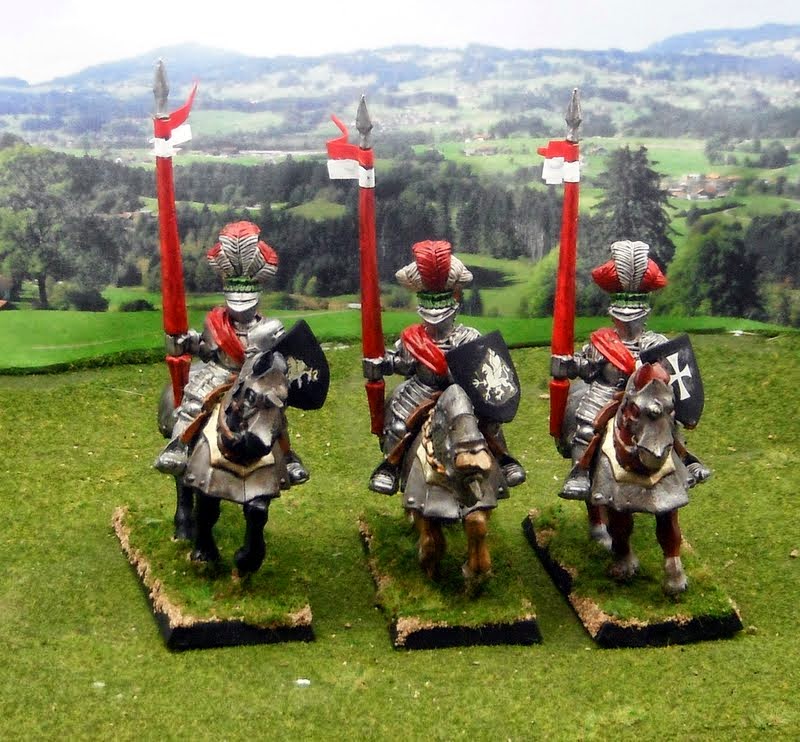 A few more loose Empire figs from my spares pile.  This time some of the early 90's era Reiksguard Knights for 4th Edition WHFB.  These guys are meant to fill out my existing unit to 15 models, which also makes them a good stand-in for the "German Men-at-Arms" in the Charles V Impetus list, since I can actually organize them as a large unit.  You'll note that only one has a proper Griffon decal (from the GW decal set c. 1994) the other is ripped and the the last knight has a Maltese cross.  This was a result of the exceptional age and wear on the decal set I suppose, as I soaked them for about 2 days, and still only got one to fully release.  The shields are also left-over from the Fireforge Templar set I used for the previous post. 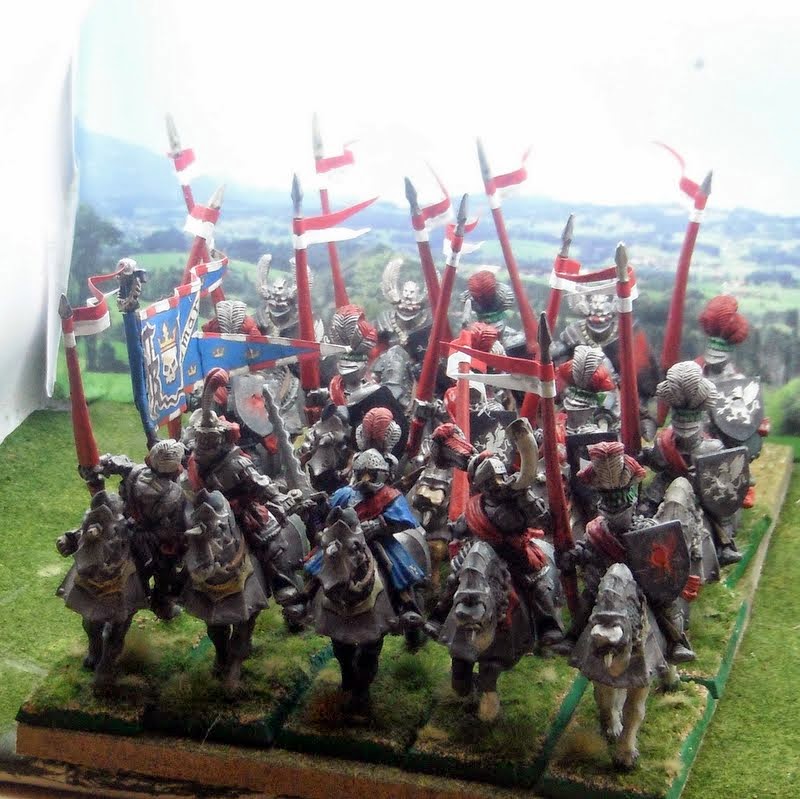