I play Historical Wargames for the visual appeal.  Thus, I enjoy any opportunity to replace the necessary vulgarities of counters and markers with more appropriate models.  I ordered some ACW casualty markers from Baccus several Years ago, and just got around to painting some of them up.  The destroyed cannons can easily work for Napoleonics with the appropriate paint scheme for Gun and crew.  For the first batch I did two Austrian Guns and Two French.

Taking a cue from a conversation with Jon over a game of Samurai Battles, I am mounting all of my casualty markers on poker chips.  The idea is that I can indicate the number of hits by stacking more chips underneath  until it is time to remove the stand.  Then I can just leave the marker in place to show the flow of the battle.  I've done something similar with my 15mm Medieval collection, and intend to transfer all of my 15mm casualty markers over to poker chips as well.

The set also came with ammo boxes, which I suppose I can use as "out of ammo' or 'disordered', markers.  I haven't finished the  casualties themselves yet, as they are quite obviously wearing Kepi's and I have a sizable portion of 15mm ACW casualties/markers already complete.  I have some Celtic casualties near completion and will be adding Austrian and Medieval markers to my next Baccus order. 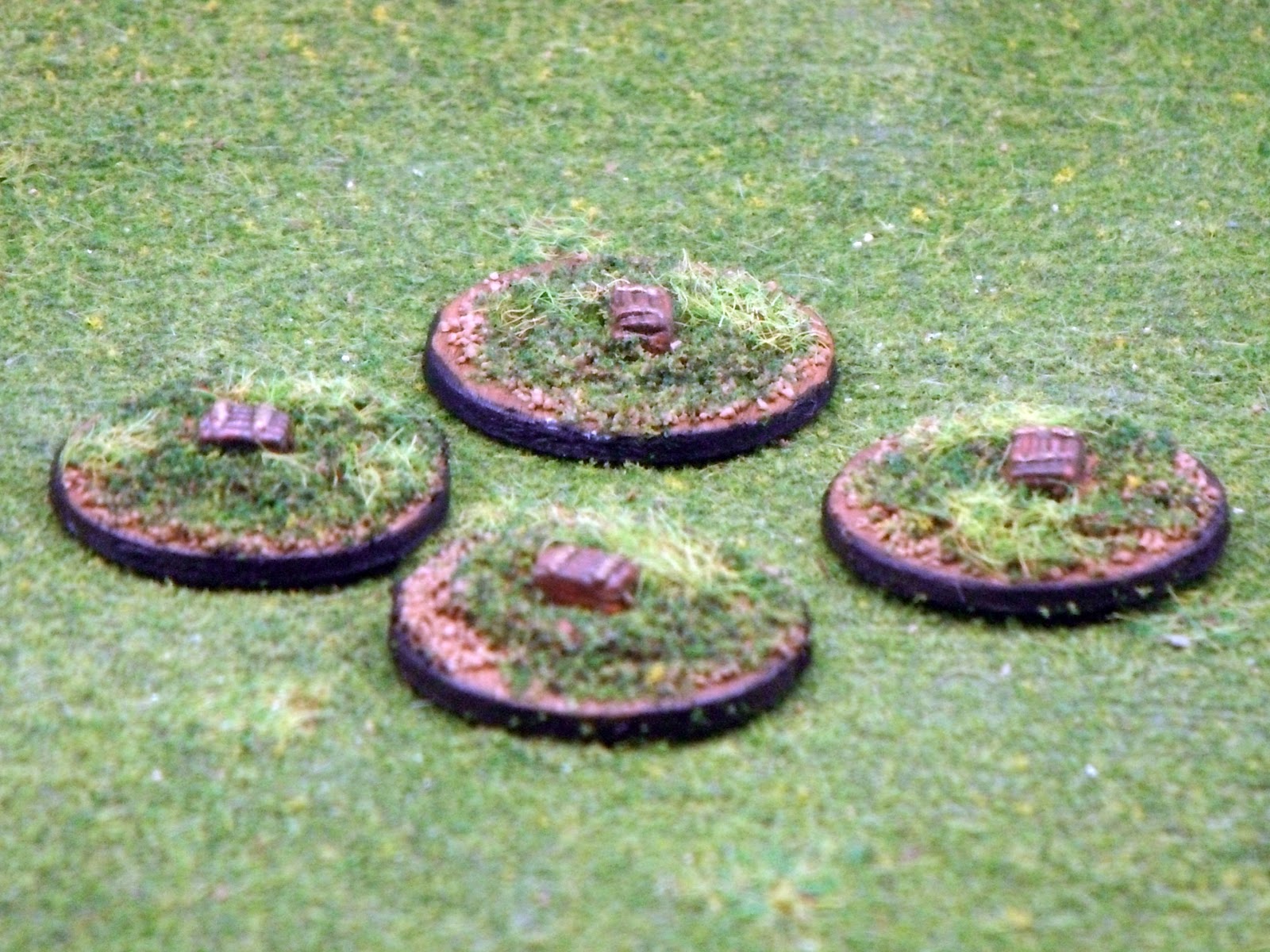