Last of Celts, really this time.... 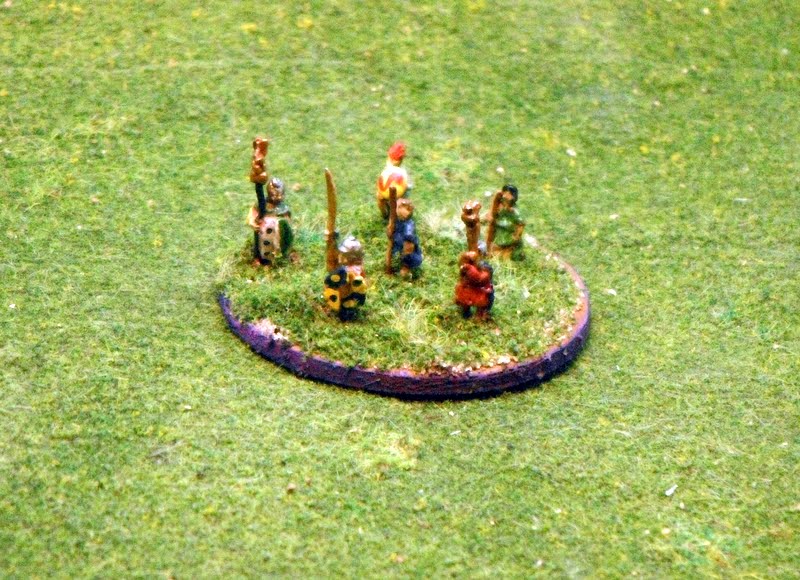 I know, I claimed this project was done, but then I discovered two bags of skirmishers, and some command strips I had failed to complete.  $%#@!!

The top pic is my attempt at a dismounted leader stand based off of an extra Celtic Infantry command strip and some odd skirmishers.  I am not sure if I will ever use it, but there it is. 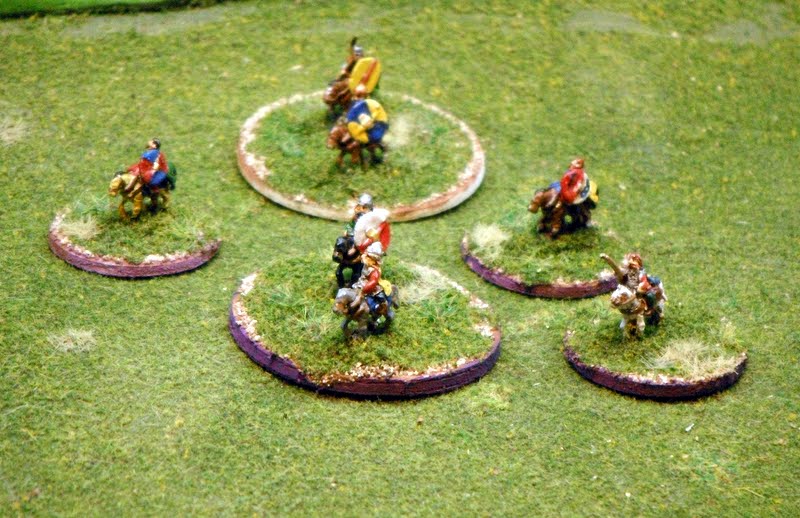 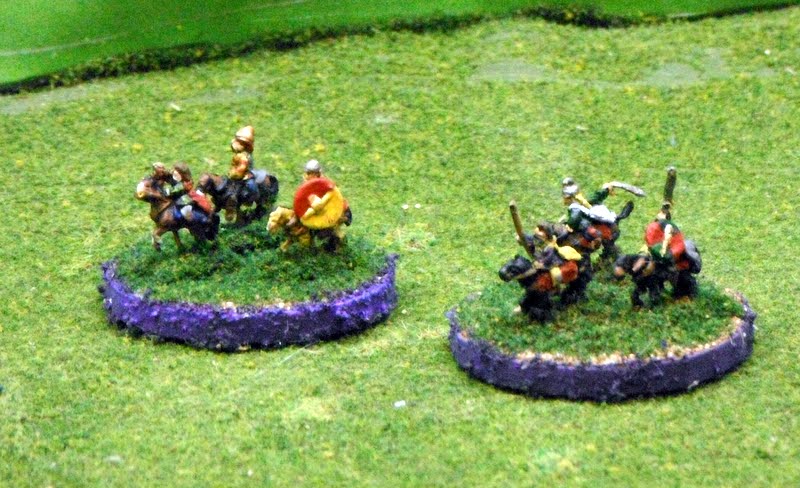 This, combined with the Chariot mounted leaders gives me 12 stands to choose from, which should be sufficient.

The skirmishers are primarily slingers with some odd Javelins and Bowmen thrown into the mix:

They extra bases don't actually fit in with my CCA basing scheme, but I wanted to get all of the models painted and based.  I have also been playing with using one stand per unit on my smaller hex board, so who knows what their future might bring?

The light cavalry finally had their basing completed as well. 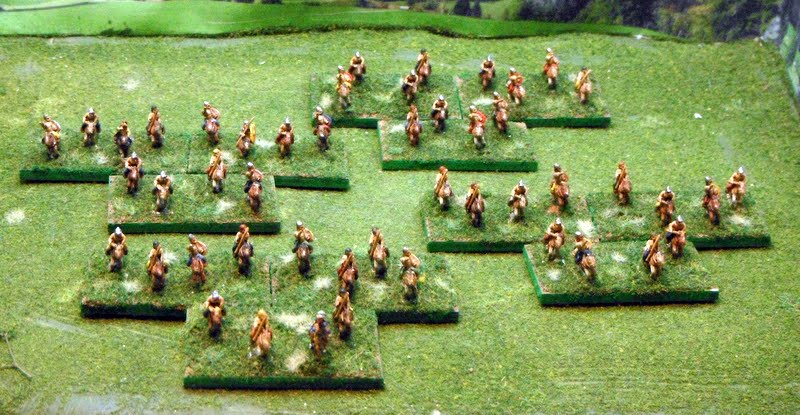 This brings the grand total of the army up to:

I would declare the entire ordeal ended, but there are two bags of casualty stands glaring accusingly at me as I type this....

I've added some gallery pages to the blog here in order to start cataloging my armies, both for myself and those interested in seeing the groups laid out. 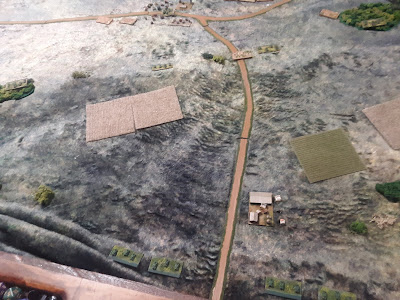 Desperado 21, Apache 21 possible armor on OBJ PACKERS. Can you get eyes on the woodline on the South side? This is Desperado 21, Roger.  I am seeing disturbed earth, and... Wait one.  Incoming! Duke 23, Apache 22 Immediate Suppression, TRP C1. Tanks and troops in the trees.    This is Desperado 23, I am taking fire from the trees  on the north side of the Objective!  I am slant two, one zapped!  So much for creative writing.  The game began with the reconnaissance phase.  The Soviets were arrayed in a reverse slope defense, with their recon elements on the forward hillside facing the most likely avenue of advance.  Their defensive stance gave them an advantage over the US Divisional Cavalry elements scouting ahead of the American brigade.  They managed to call down fire from their own Divisional Artillery Group and suppress the scouts leading the main effort.  A lucky shot from one of the Soviet Combat Reconnaissance Patrols (CRP) put a hard hit on one of the Recon helicopter sections