"I thought this was Dartfrog's adventures in 6mm.  What's with all the 15mm stuff?"

MTV, The Learning Channel, and The History Channel.  Just be thankful I am still on topic with Wargaming.  (How did we go from "The Mongols: Storm from the East" to "Honey Boo Boo?"  Seriously, WTH TLC?)

That aside, yes I still love and cherish my little 6mm treasures.  I have finally finished some infantry to support all of my Sassanid Cavalry.  The unit above are my first 'regulars' with two more units to follow.  I based them three ranks deep, the same as my Roman Legions. I haven't found as many resources for the infantry as I like, so I am basically going with Yellow Shield, Blue Shield and Red Shield unit.  I gave them all silver helmets to make them easier to distinguish from the levy units with their suitably poofy caps.

All three of my levy units were done with White camps, and subdued tunics.  I altered the trouser color and the shields to help distinguish them.  They are based two ranks deep to make them readily identifiable. 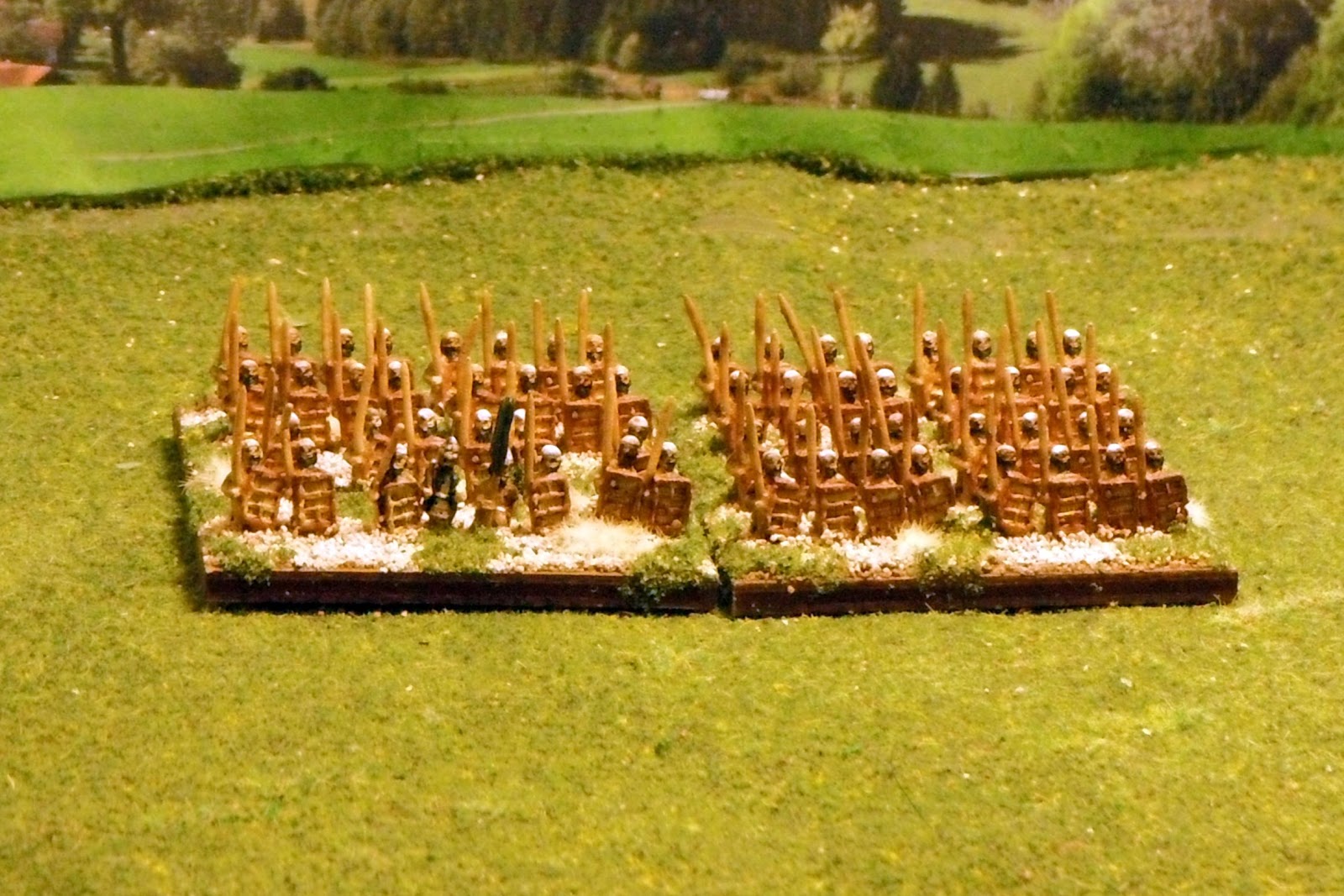 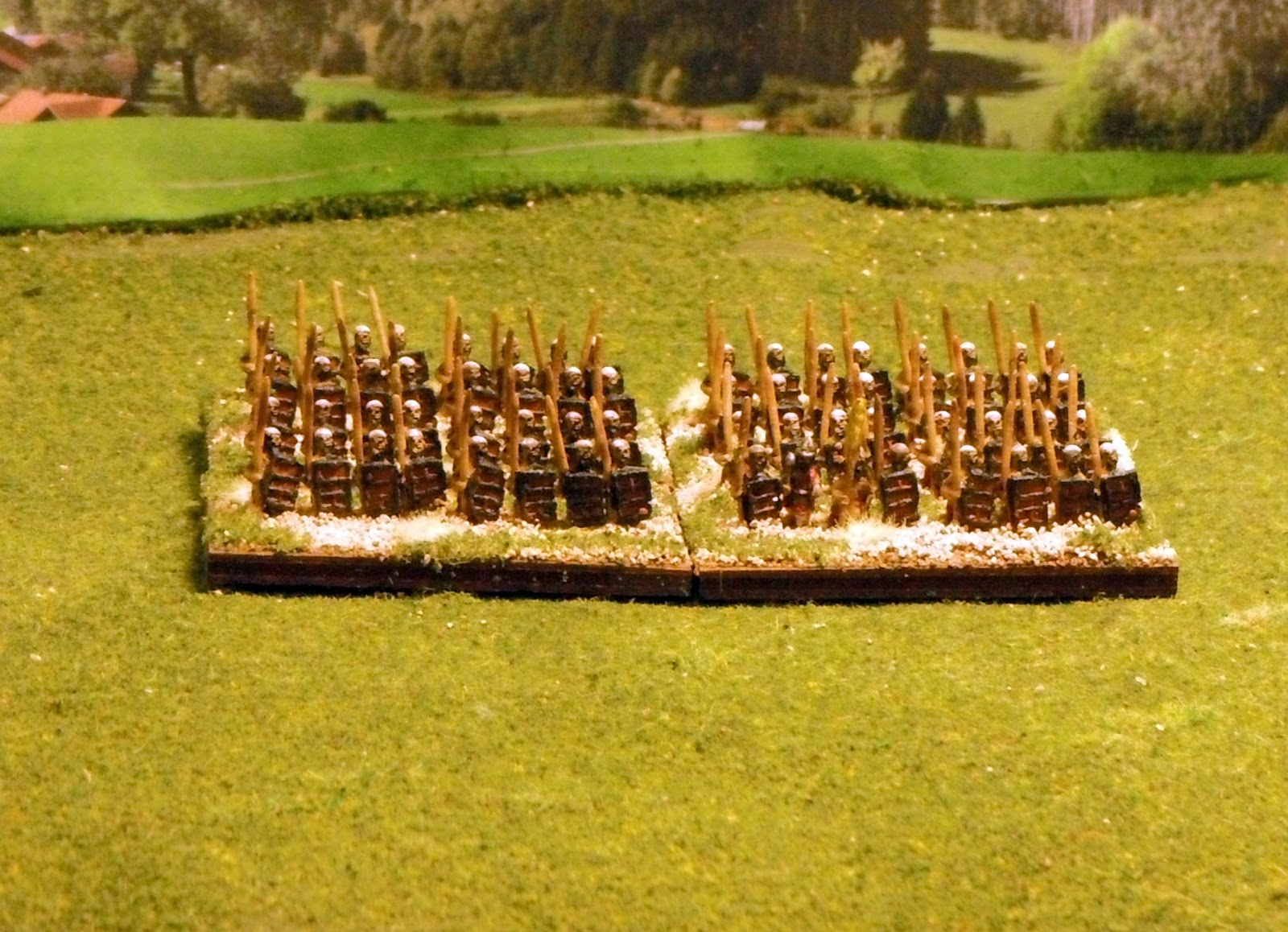 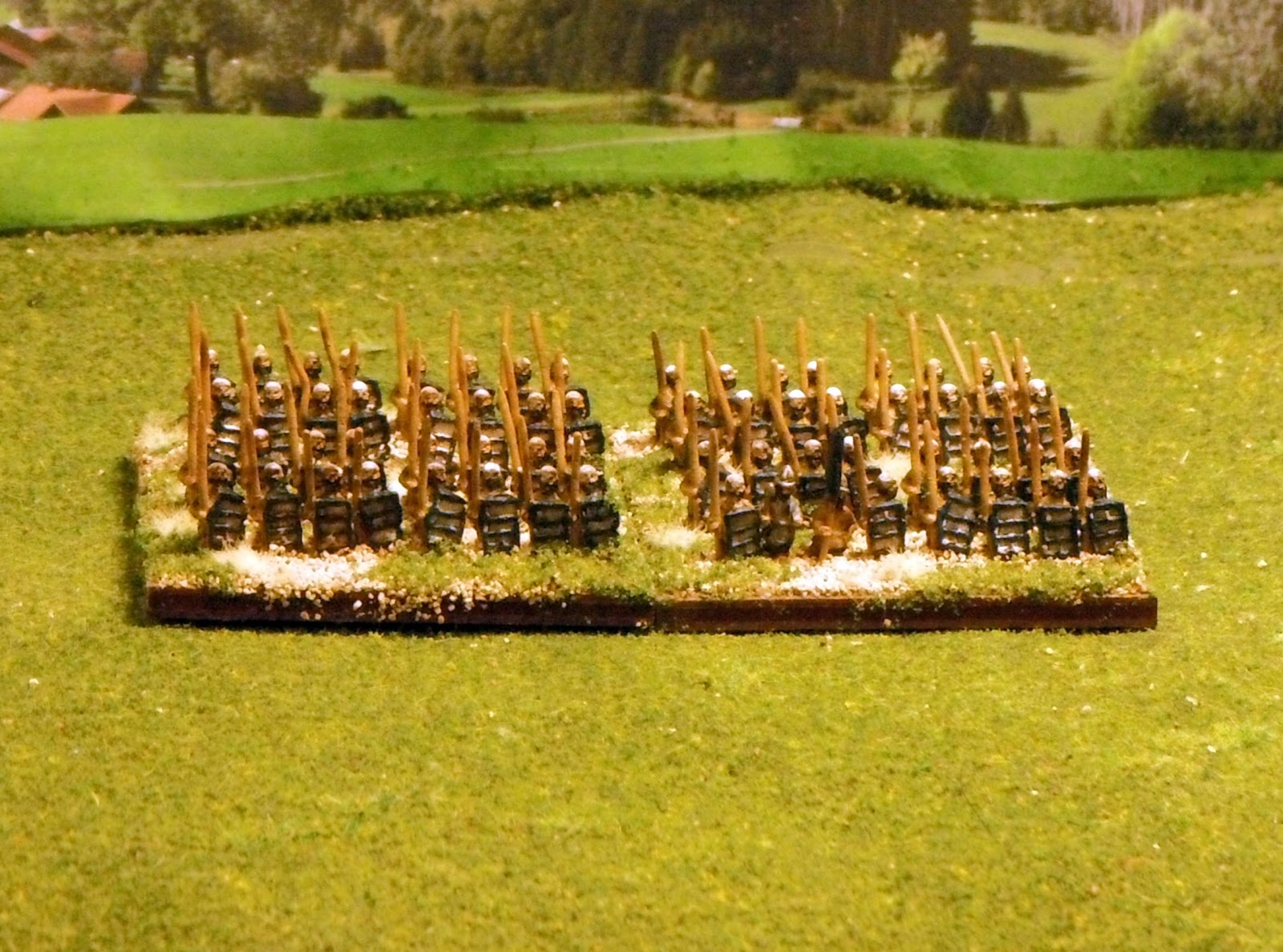 Overall, I really like the look of how this army is turning out.  Still on the block are two more Infantry Units and then the missile troops (slingers and bowmen).  One big hole in the ranges I have been looking at is the lack of suitable command figures for Generals.  Most the imagery has grand generals in flowing robes and over-sized headgear, but I can't find any matching mounted figures from Baccus.  Has anyone had any success elsewhere?
6mm Ancients Baccus Enemies of Rome Sassanid