November 15, 2012
During my trial runs with Samurai Battles I found that I needed more terrain tiles.  My goal is to create enough 4" terrain tiles to be able to recreate all of the maps from Command and Colors, Samurai Battles and Battles of Westeros.  Wherever possible, I am doing them double sided.  These are the same Gamecraft 4" tiles I used in the last update.    First up where some marsh tiles. 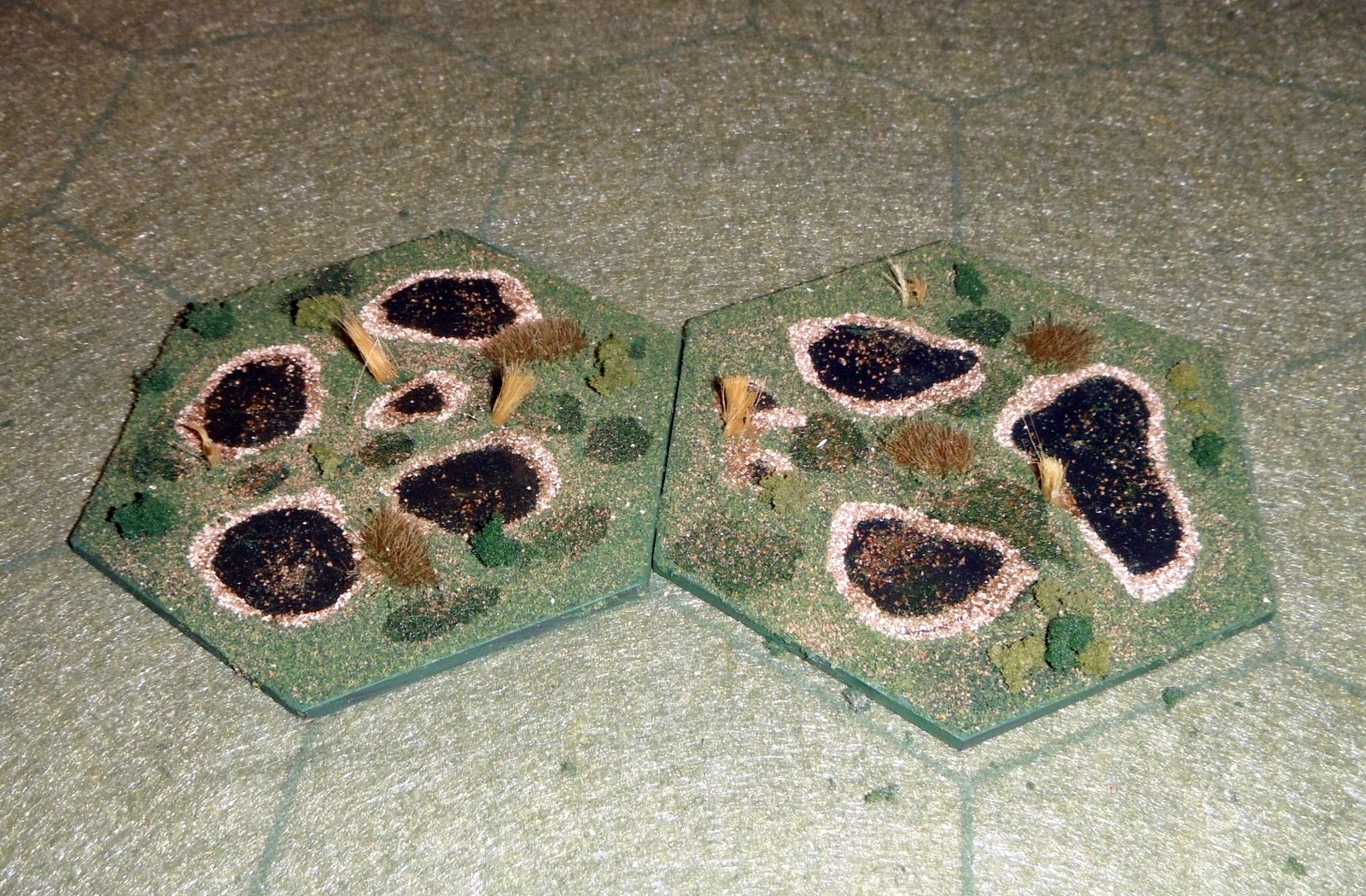 It is hard to see in the picture, but I added some Scenic Affects water affects material to both the water and some "wet spots" on the green flock. 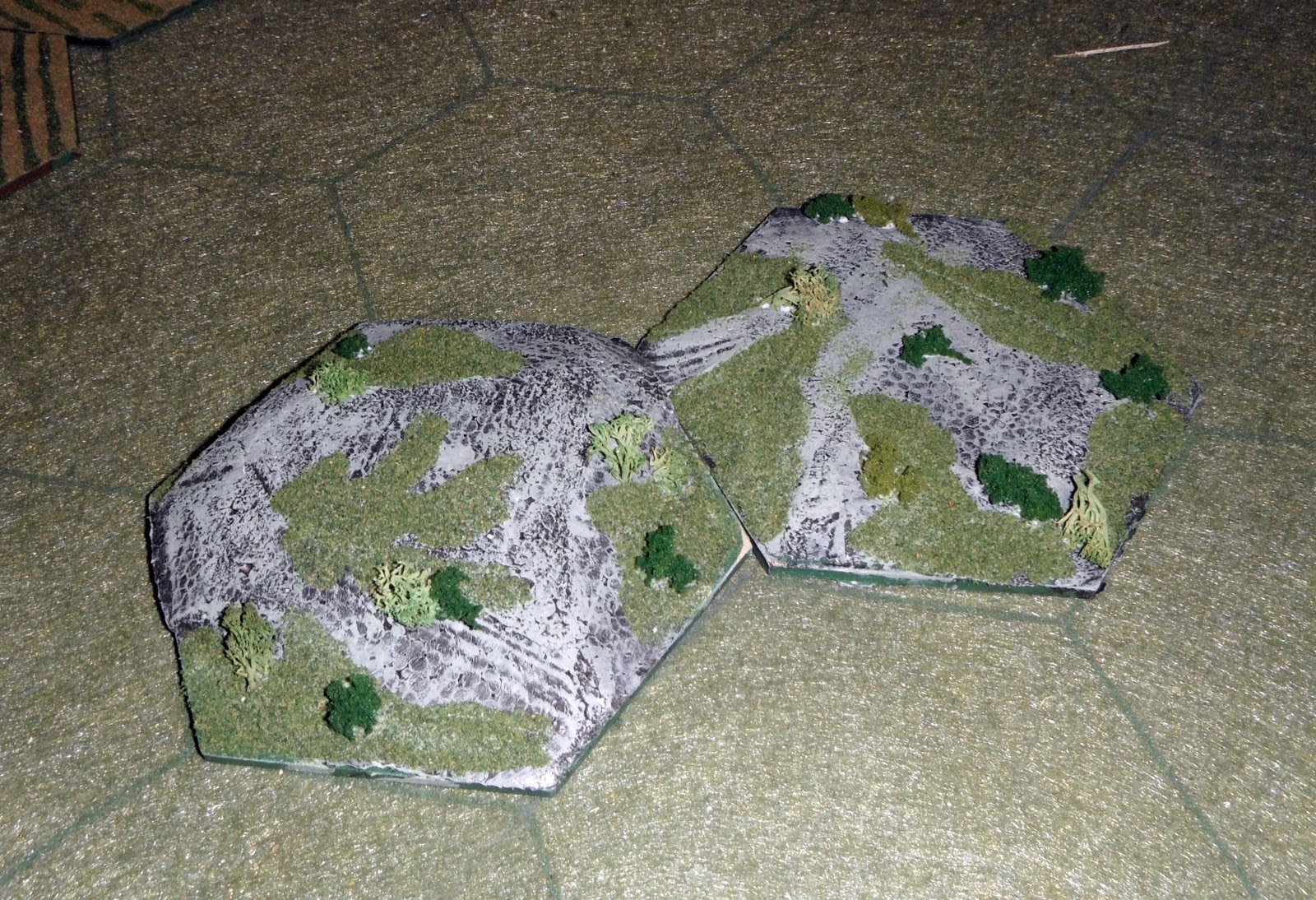 These mountains turned out much better than my first effort.  I attached some GHQ Terrain Maker hexes to the MDF hexes and then shaved them down.

I expanded the river tile set to include some more bends, with fords, to better match up with the scenarios from Samurai Battles. 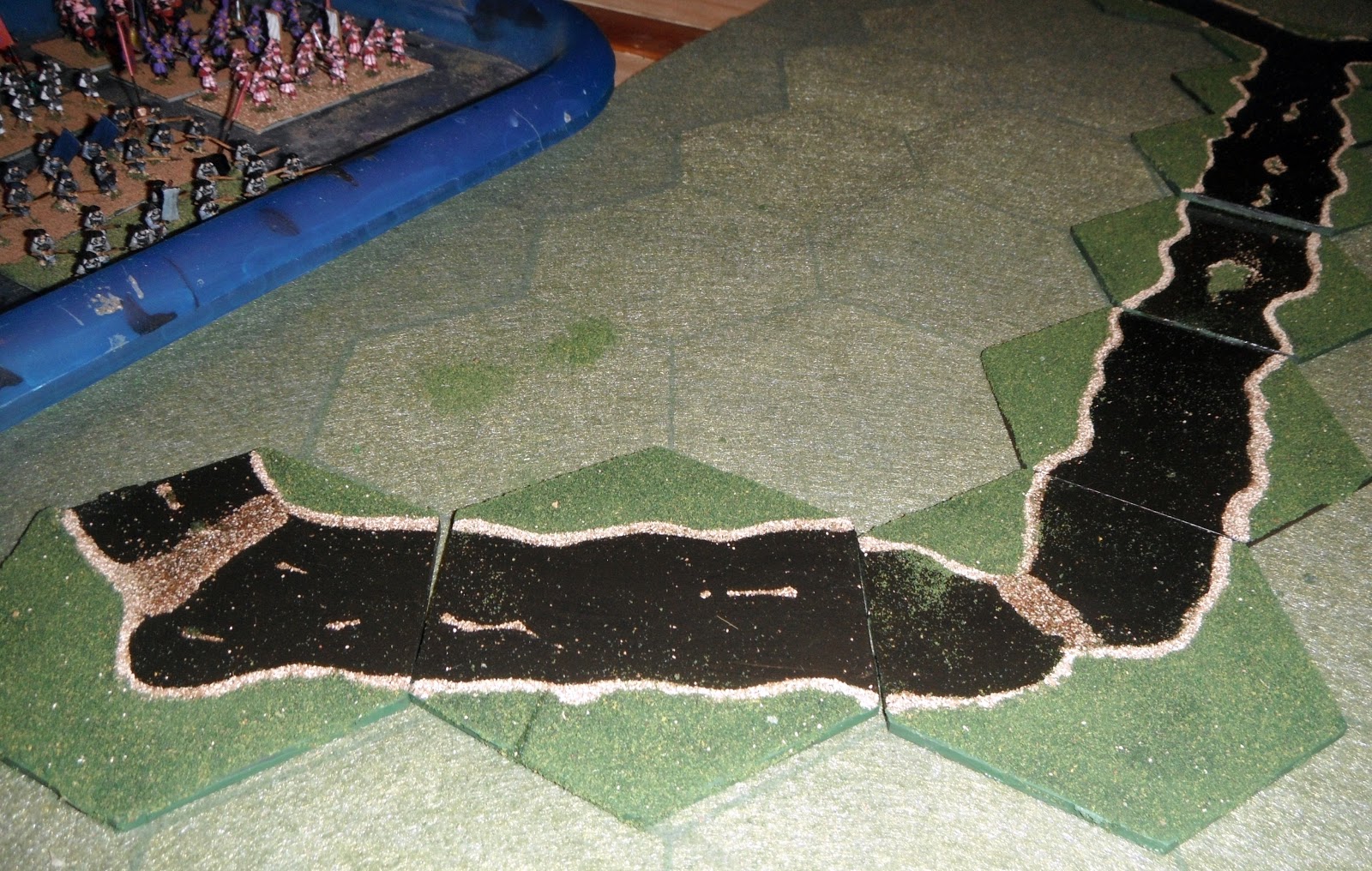 The next challenge will be to do some town hexes.  I am thinking I will just do some basic hexes with tan gravel in an irregular pattern as a base and then lay the buildings on separately.  I considered doing some forest tiles,    but I think just placing some tree stands in, may seem more 'organic.'
Command and Colors Gamecraft Samurai Battles Terrain The Den Wargames Table