The last units and a Kushite Parade 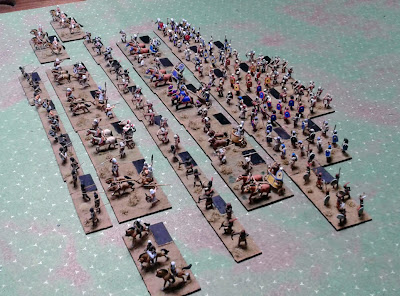 Whew!  At long last, all the available metal is painted and done.  The last three units are a nice mixed bag:

First up is the "Pharaoh's Retinue"  These are some BTD armored ax-men with additional bows and shields.  I added four addition bronze armored archers to make a center-piece unit.  I wanted to keep the same open order feel I have for the rest of the army, so I opted to mount them on a 8cm deep base rather than the normal 6cm. 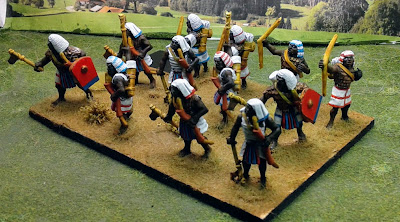 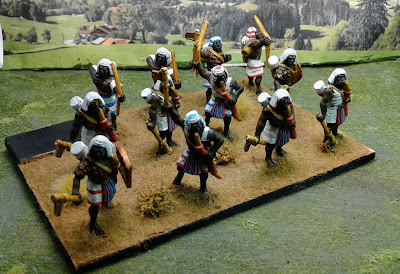 Next up is the third light cavalry unit.  I only had two archer figures left, so I opted to cut off the riding crop and equip the middle guy with a Javelin.  He slipped a little off to the side as the epoxy was curing, so I will eventually have to break him free to sit him upright. 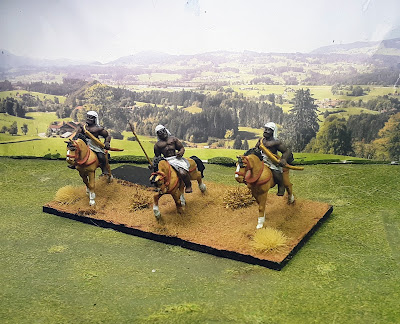 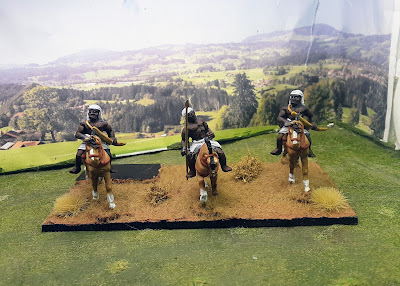 Finally, the last heavy chariot (I think this one is newline).  One of the horses was snapped off of its base, so I had to make do with a little pinning and hot glue.  Not the best look.  Something else will need to be done. 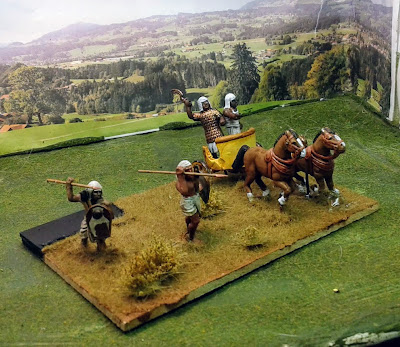 So that is the last of it!  Time for a quick project parade: 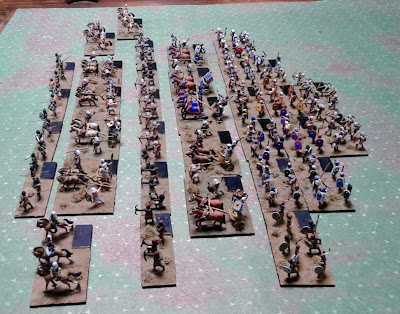 All told there are 9 chariots, 10 units of Skirmishers, 3 stands of light cavalry, two stands of archers and 10 infantry formations.  More than enough to be ground into the dust by the Assyrian hordes.