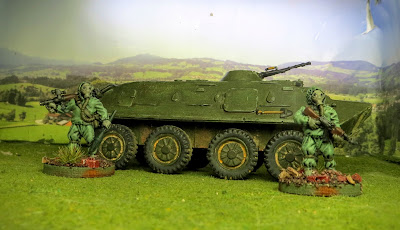 Modern wargaming is one of the most difficult to execute effectively.  I think it suffers primarily from the level of detail possible through the incredible complexity of modern full spectrum operations. Games like Harpoon, for example, provided unparalleled simulation at the cost of overwhelming charts and rolls. 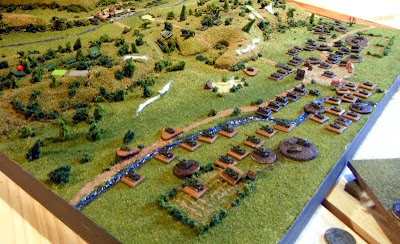 Rather than detail out the myriad of challenges I see in gaming the modern period up front (there is time for that another day…), I decided to go through the thought exercise of developing a ruleset that meets my requirements.  I enjoy modern ground combat games and normally use a set of modified Modern Spearhead rules called “Brigade Combat Team.”  It combined several modifications I found on-line with my own experience in games and life.  I switched from D6 to D10 to eliminate the need for 6+ rules, but still found that games take too long and emphasize the wrong things.  The essential problem is the level of focus in the rule set.  The game is meant to allow you to deploy up to a division on either side, but still goes down into the weeds on all the permutations of various armored vehicles as well modelling vehicles from 1945 to the modern day.

Instead I want to develop a set that allows me to game peer or near-peer level engagements.  My primary area of interest is a Warsaw Pact (WARPAC) thrust into West Germany between 1973-1989.  I have units completed to represent Soviet and other WARPAC Motorized Rifle Regiments and Tank Regiments as well as British, American and West German Mechanized Brigades.  This allows me to run scenarios set across the breadth of the BRD from the Czech border to the North German Plain.  There is still the possible disparity between M1A1 tanks versus T-55s, but I doubt I am going to want to play those games. 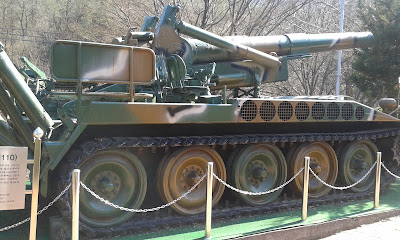 So let’s do a little operational design:

Problem Statement:  How do I develop a ruleset for peer level engagements between Brigade sized formations in West Germany (1973-1989) that emphasizes the player's role as the brigade commander, rewards combined arms operations, reflects the armies of the time, and can be played to a suitable conclusion in under two hours? 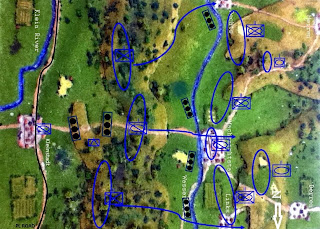 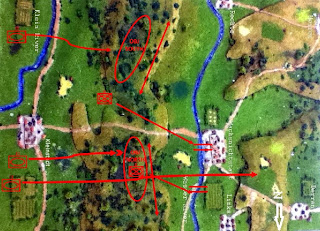 Here are the things I think are important to gaming this period. 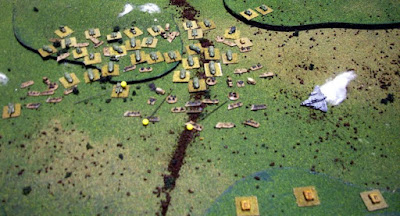 So with that out of the way, let's start looking at some ideas.  My overall plan is to keep my existing basing scheme with 1 stand representing one platoon or element.  Each player will control a Brigade level formation of 1-4 organic battalions plus attachments.

Here are some things I think I will need to model 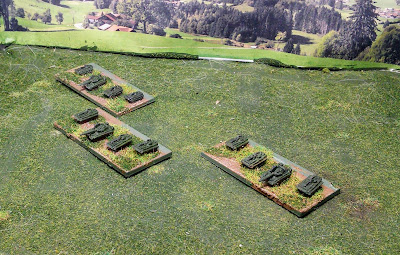 Here are the big things I am willing to abstract 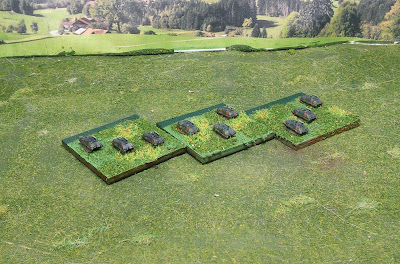 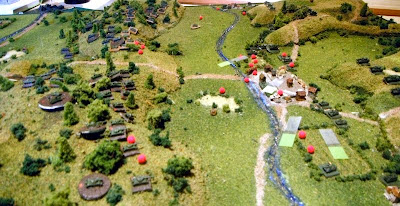 Well, there is the opening salvo.  Now that I have my opening criteria, I need to start thinking of some mechanics for modelling it.  That will have to wait for the next installment.
Cold War ODW rants Wargame Theory