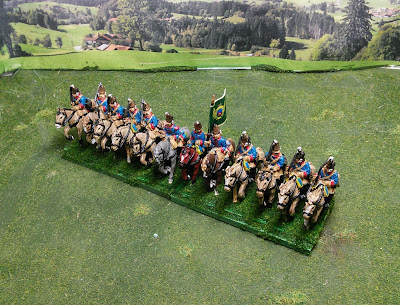 The Kargopolsky Horse Grenadiers are now complete, and with it my first Eureka miniatures cavalry unit.  Thes horses are much larger than the Blue Moon equivalent, and that gives the entire formation more heft on the stands.  The figures are cast in a single piece, which also makes painting significantly easier.  That said, the models are much like the infantry in that the detail is not quite as crisp. 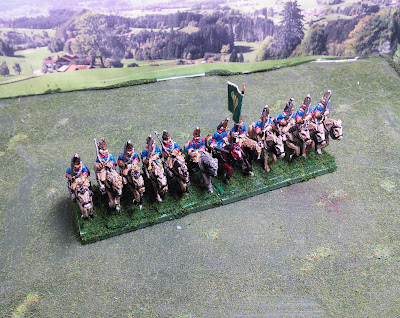 It is a rather unique looking formation, so it will provide a nice alternative to the standard Dragoon and Curassier models.  The Horse Grenadiers represented a smaller contingent at Zorndorf (<400), so I may end up fielding only one stand. 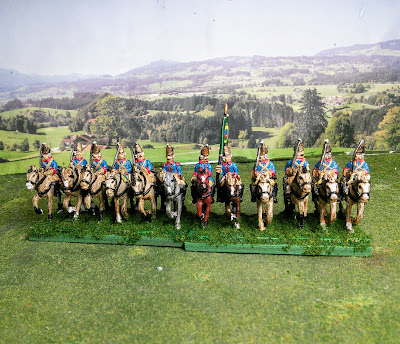