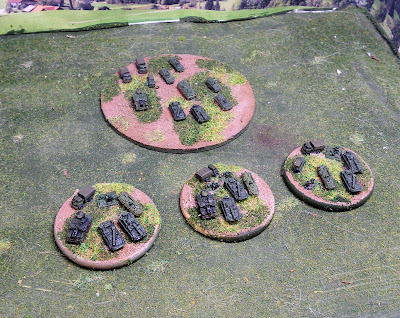 I managed to pick up some Soviet command vehicles, so I updated the command stands with some appropriate miniatures. 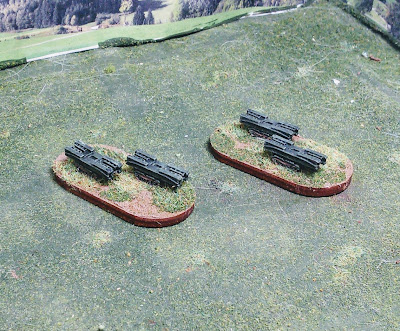 Next up are some armored bridging vehicles.  I opted to mount them on the oval stands to help distinguish them as essentially mission essential non-combat formations.  They are a critical asset for assault and river crossing missions, but otherwise do not serve a combat role.  The pack comes with five carriers and five separate  bridges, so I have one spare to use for a possible diorama.

I also completed a mass of older model tanks (T-62s and T-55s)  Right now there are two battalions, or I can deploy them as one five-company battalion. 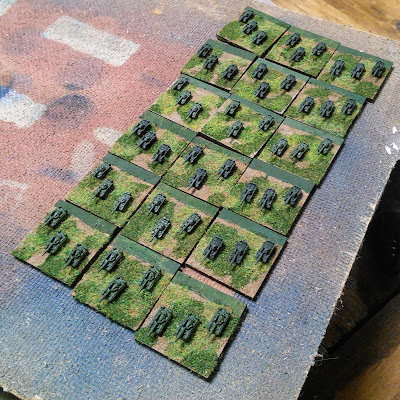 I probably need to put the breaks on this project at some point as I am quickly nearing the tipping point to completing an entire division...
3mm BCT Cold War USSR