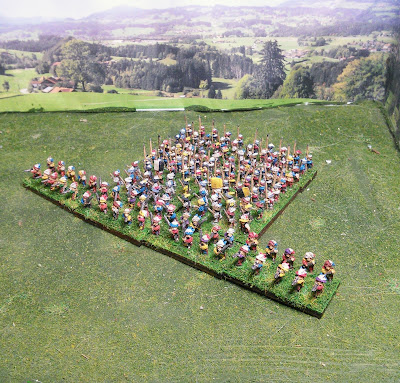 Taking a break for the 3mm Cold War project, I set my sights on finishing my 6mm Landsknecht figures from Microworld Games.  I had enough figures left over to complete two complete squares of Pike along with a supporting stand of Zweihanders and Handgunners for each.  I opted to do these in a chaotic mass of colors to give me four complete regiments of Landskncecht mercenaries to face off against the Swiss and the Black Band. 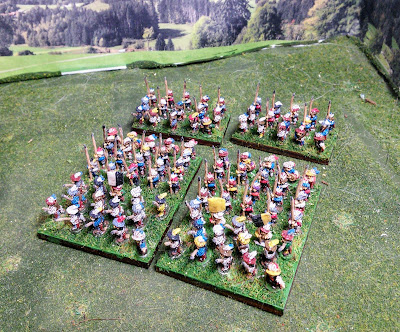 As with the others I went with 1 large and 1 small stand for each block to essentially represent a three element deep formation. 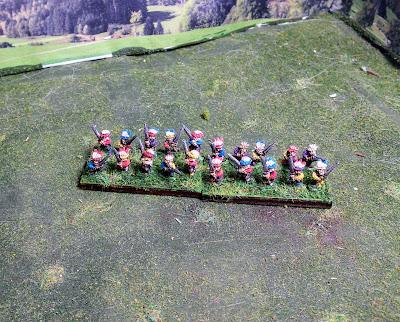 The Zweihanders have a mix of shiny and dark armor to offset the colors. 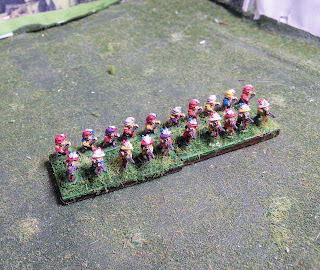 Same with the Handgunners. 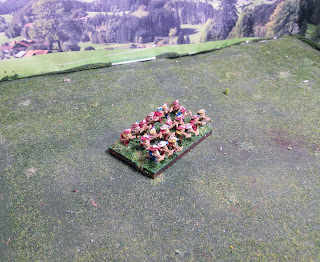 I also found enough Crossbowmen left over to complete a normal stand to provide some added fire support.  These units amount the balance of the figures in the lead pile, so I suppose it is time for an army display.


These miniatures also pair well with other models to create a Renaissance Fantasy army to reflect a long dead Empire perhaps? 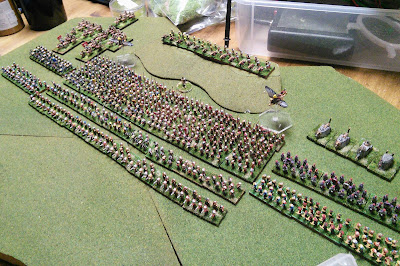 For rules I was planning on using Commands and Colors: Medieval but it appears to be taking its time getting released...
I suppose this means that I will have to do some Gendarmes at some point?  No project is ever done...
6mm Fantasy Microworld Games Renaissance