The 3mm project continues to dominate.  This time, I have completed an old school US Mechanized Infantry Battalion with M113s.  As with the West German battalion I chose to model the infantry advancing on foot with their carriers in support.  I had enough figs to do three companies plus the AT company equipped with M901 ATGM carriers.  I know that during this time period each company also had a section of two TOW launchers, but that is a little smaller than I am trying to model in this collection. 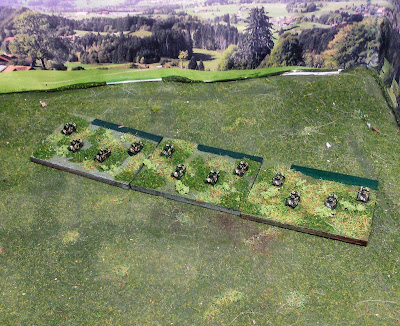 One interesting thing I noticed with these is that pico armor apparently re-scaled some of their figures somewhere along the way.  These ITVs are about half the size of the ones I painted last time.  I also have another 15 M113s that are the same way. 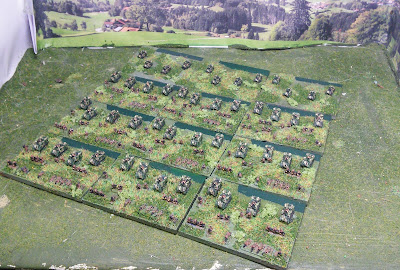 For the scout platoon I did a mix of M113 ACAVs and ITVs.  I think the original configuration was three launchers and three carriers, but I also know that scout and cavalry unit configurations seemed to vary widely between US divisions throughout the time period. 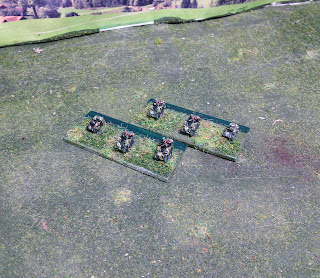 I am also finishing off a battalion of M60A3s, so I did their scout platoon just using M113 ACAVs.  I seem to recall they had Dragon ATGMs during the time period, so I will give them some limited AT capabilities in the rules as well. 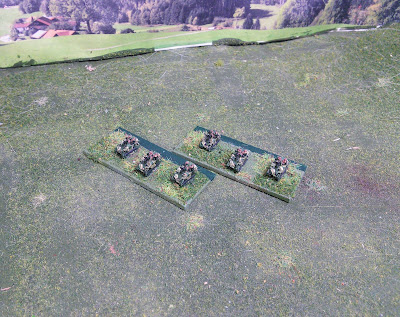 I also knocked out several supporting vehicles, and picked up some 50mm plastic bases to complete my Battalion HQ bases.  I think these are large enough to fit all the vehicles comfortably.  I still want to try to model some tents on the back of the M577s to represent their expansions being extended to form a field command post.  I would like to try to do some antenna as well, but I think they would be a little too fragile for long term use.


I also completed the M2 Bradley equipped BN by adding a fourth Infantry company.  I will need to pick up some more infantry at some point to round out the dismounts. 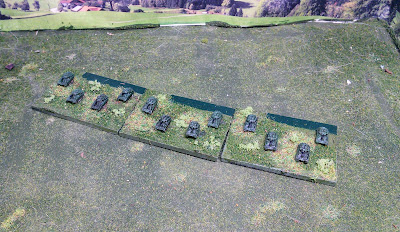 I am actually entering the final stretch with this project as I have only a few battalions and supporting figures left in the pile.
3mm BCT Cold War US Army