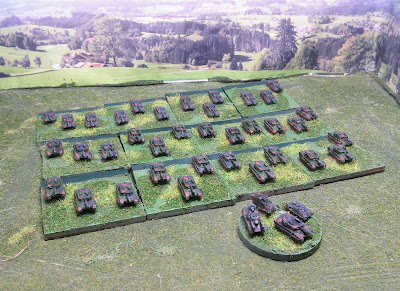 First out of the blocks for the NATO defenders is an updated and expanded Panzergrenadier Brigade.  I updated the paint schemes on all the existing models and then tried my best to match them with some reinforcements from picoarmor.com.  Getting colors to look right is even more challenging at 3mm than at 6mm.  I normally go 1-2 shades lighter for 6mm figs, and these required event more emphasis.    I went with a mixture of red leather and leather brown for the earth brown shade of the standard 3-color NATO camouflage.  For the black, I used a 50/50 mix of Gray-Black and Uniform Gray.  I went over the entire model with Testor's Armor Wash and it really cut the edge of the brighter colors and pulled them together.  They definitely pass the 2' test for use on the table.

The bases were done in the reverse of how I did the Soviet bases.  I applied a texture coat first and then sprayed them Army green.  I used a liberal application of the armor wash and then drybrushed on Reflective Green with a final stone highlight.

The first unit is a Leopard 2 equipped Panzer Battalion.  A fairly hard hitting group, with no frills.  I modeled them with four 2-tank platoons per company and a battalion headquarters on 1.5' round. 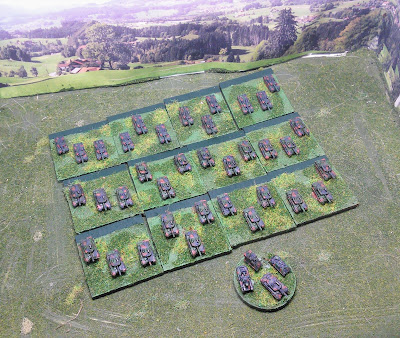 The command stands came out fairly cramped, so I a going to need to upgrade to at least a 2" base.  The goal is to be able to at least include a pair of M577's and scratch build a tent between them to show the TOC.  The jaegerpanzer had it's Milan tube clipped off to represent an artillery Fire Support vehicle. (I read they used them similarly to how the US Army FST vehicle has the same hammer-head sight as the AT version of the M113 (M901)) 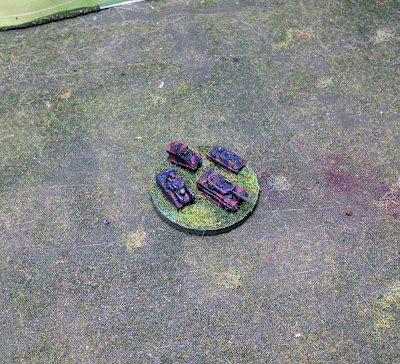 Next up is a Panzergrenadier Battalion with 2 Marder equipped companies and 1 with M113s. 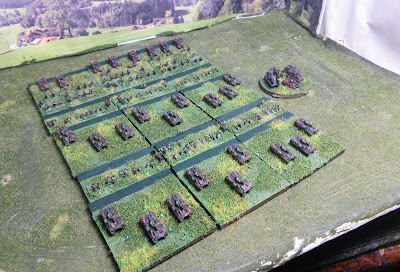 I chose to model the dismounts for the Marders separately to reflect the difference between the Infantry Fight Vehicles (IFV) like the BMP, Marder and Bradley versus the Armored Personnel Carriers (APC) like the M113, BTR and FV432.  APCs are essentially battle taxis that move the infantry to a dismount point quickly and provide protection from indirect fires.  IFVs are combat vehicles by their own right and can hold their own without the infantry dismounts in direct support. 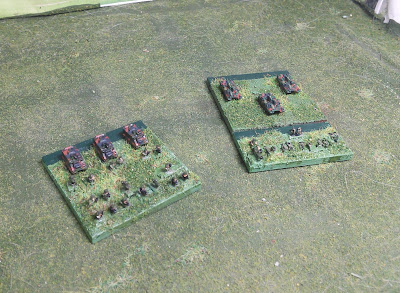 To reflect this I simply use the prone infantry on smaller separate bases.  The APC equipped infantry units go on a standard base with their transports lined up behind them.

As far as painting 3mm infantry goes, this is where I think impressionism is key.  They are too small for meaningful detail, so I simply drybrushed them with Gray-Green and then hit the helmets and rocket launchers with reflective green.  The boots and weapons were picked out with mat black.  Finally I added a few random dots of bronzes flesh to infer faces or hands.  Overall I think it works fairly well.  My only complaint is that I couldn't get any Milan launchers, so the eagle-eyed among you will probably pick out the TOW launchers with the dismounts and Dragons with the M113s.

The command stand for this battalion came out too crowded for a FST after the addition of two SP Mortar carriers. 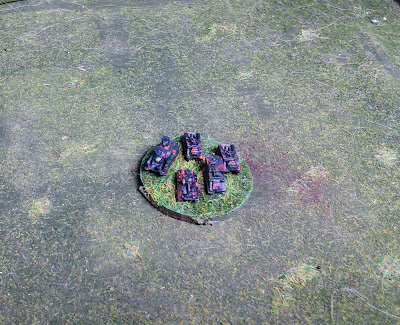 I also opted to go with the Gepard for the Air Defense vehicle as the stinger/redeye teams are just too small to make out any detail.

I have the second Panzergrenadier battalion almost complete, however I discovered that I was 10 M113s shy of my needs and so they will have to wait until I can get some more completed.

Panzer Brigades also include a mixed battalion task force of Tanks and IFVs.  In the case of the Panzergrendier Brigade this is an infantry heavy grouping with 2 companies of Marder equipped infantry and 1 company of Leopard 2 tanks. 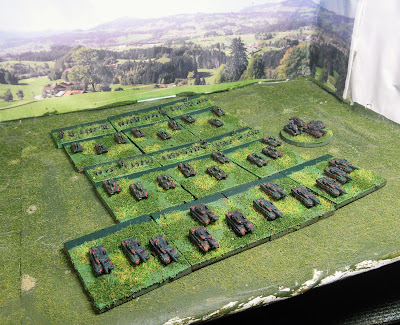 The Brigade HQ stand is still a little sparse, so I will need to improve it with a nice diorama in the future. 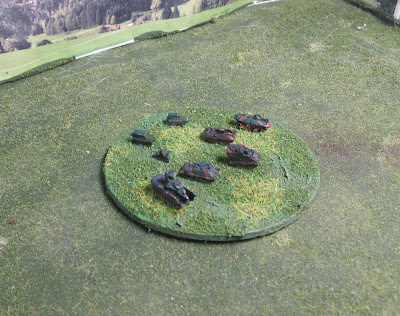 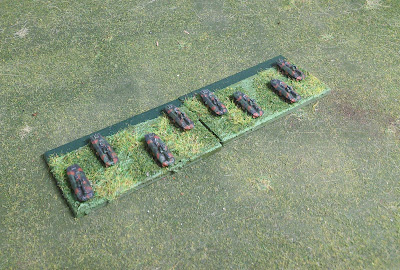 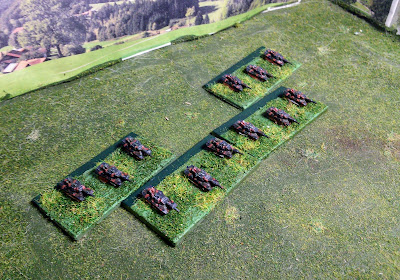 Also included is the Brigade Anti-Tank company with some Raketenpanzers 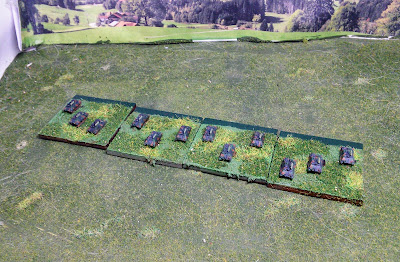 Finally the start of the Engineer company is done with three stands of combat engineers equipped with Fuchs wheeled transports. 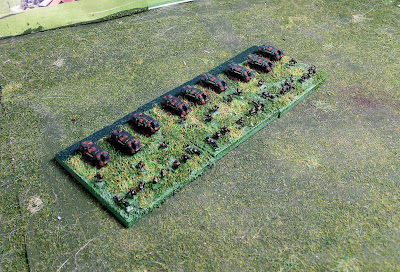 I don't plan on going to crazy with this collection as it is almost complete.  Really all I need to do is the last 10 M113Gs, a couple of Bridge Carriers and some BO105 helicopters.  Overall I have rapidly established a sizable force to start playtesting some rules. 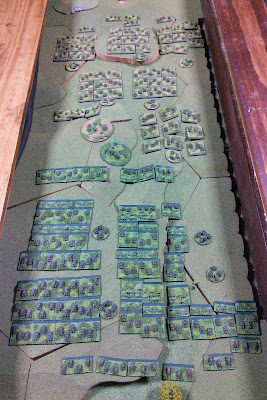