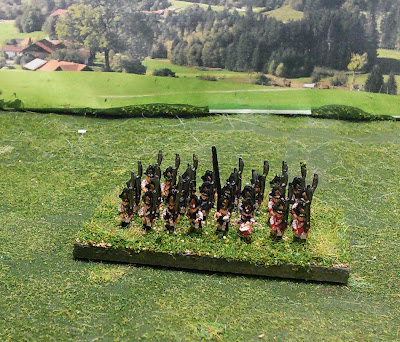 Whew momentum!   Saxony's Grenadiers and Shutzen made it off the painting table.  The grenadier stand represents contingents from multiple regiments so I used a mix of the colors for my six line regiments: Red, Purple, Dark Blue, Light Blue, Yellow, and Light Green.  I did not find any references to them carrying colors, but I used a command stand with the group and will pilfer a Leibfahnen from one of the line units when I get them done. 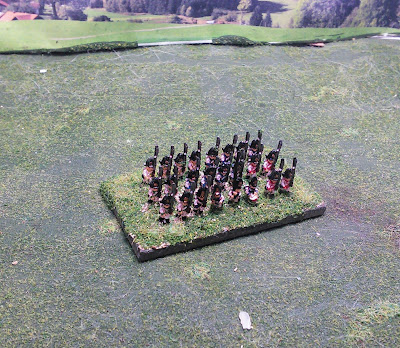 For the Shutzen, I did the same thing, and opted to paint about 44 figs to represent both possible contingents.  Looking at the Nafzinger collection, they appear to have been pieced out with 2 co per brigade in Bernadette's Corps.  I did one stand with 18 figs and one with 26 to see how the figure density looks. 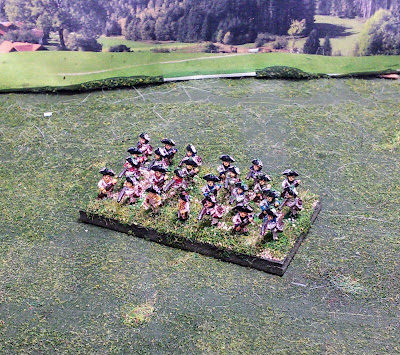 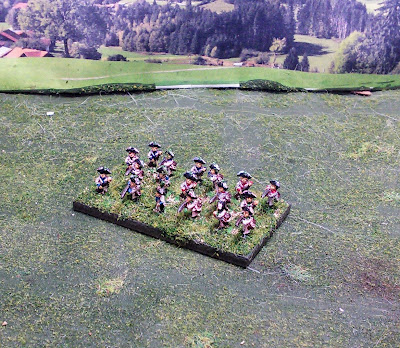 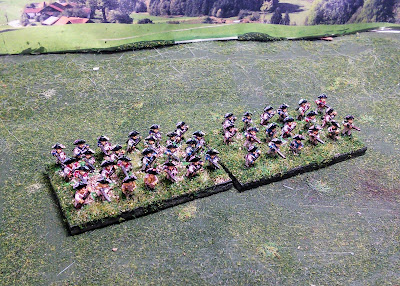 The experience has been fairly good so far.  I just need to finish some guns, and I will have the first two batteries complete.