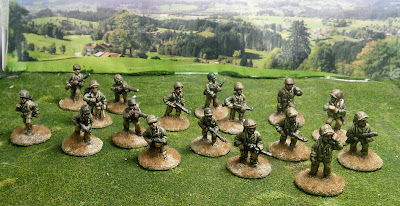 Progress has been slow on the hobby front this month, but I continue to push forward on various projects.

These guys constitute the extent of my allied progress with a planned "Islands of Glory" campaign back in the late 90's.  I had fully intended to build an entire USMC company including armor support with a comparable Japanese force for playing Battleground WWII in the Pacific.  The project kind of died on the vine with only 17 Marines and 20+ Japanese troops. 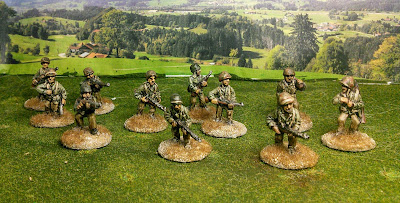 I opted to clean these guys up a little bit with some fresh paint over the chips, a varnish wash and some extra detailing.  I have 11 total rifleman plus a couple squad leaders and specialists.  I can't remember the manufacturer or source on these, but I think they are Britannia. 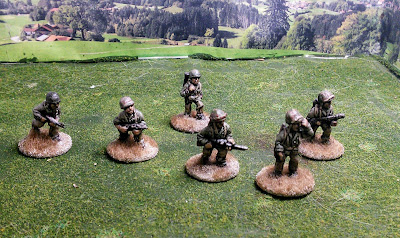 I also found some 1/72 scale LVTs that need some love.  At this point I am thinking about just purging the whole lot as I really want to consolidate my scales down the road.  Of course, I still have a sizable group of Japanese Infantry as well as Ha-Go tanks, so the jury might still be out. 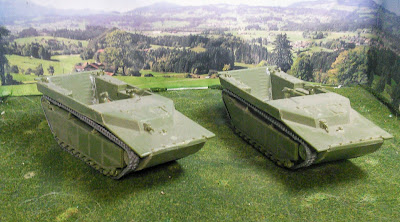