Odds and end to finish the quarter 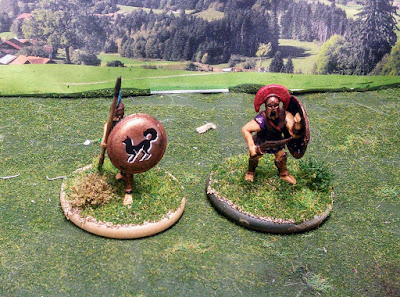 With April finally here, the first quarter of 2017 comes to a close. I opted to knock out a few old figures to finish out the period. This turned out to be two more plastic  Greek Hoplites for Mason's small collection.  There are still from the same Warlord Plastics boxed set, and feature some of the transfers from the box.  He seems to like them, so I may be upgrading his older Greek Heroes from 2015. 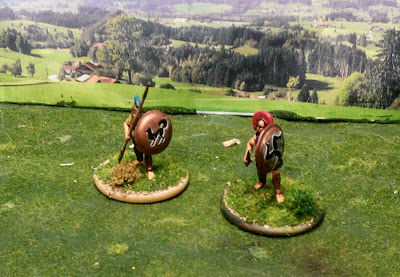 I also did a couple civilian figures from Perry's Japanese Villagers pack.  I tried fairly simple with the Kimono as they are ,meant to be part of the scenery. 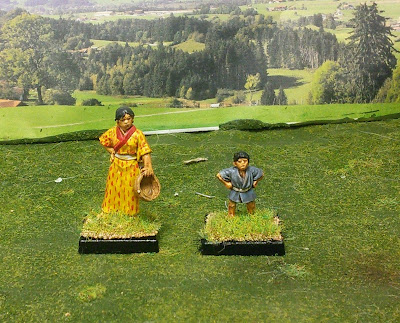 So how is the year progressing?

Fairly good.  I have completed 47 line items from my list of 167.  28mm  still accounts for 80% of my production, but I have only been tackling it and 6mm so far.  The goal of tackling some 6mm pieces each month as also been working well.  For the existing project goals:


A fairly good start.  Let see what I can do to derail myself in the next few months.
28mm Perry Miniatures rants Warlord Games Year in Review