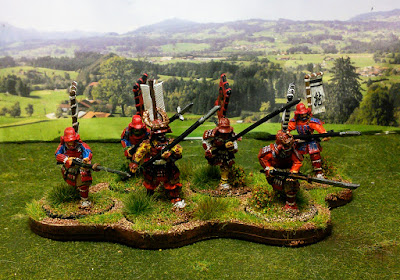 I find 28mm Samurai only slightly less challenging to paint than their mounted counterparts.  The mix of colors on the lacing and the sashimono provide plenty of opportunities to screw things up.

With that in mind, I finished my first set of Perry Samurai on foot.  This is a mix of spearmen, swordsmen and naginata equipped warriors.  The naginata were leftovers from the Sohei, and I also splurged and picked up some 3D sashimono from the Perry site as well. 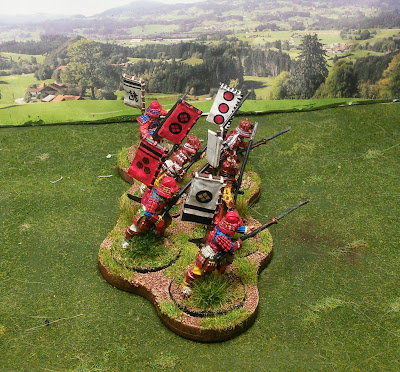 I have 36 Samurai to paint, so I broke them into batches based on armor color.  First up were the reds and russets.  I went with AP Dragon red and VJ Cavalry Red for the armors.  I then added diversity by mixing color patterns on the lacing.  I was tempted to do patterns on the clothes as well, but I opted to wait to do that with the leaders and Hatamoto to make them stand out more on the table. 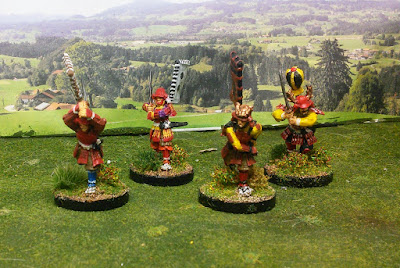 The Sashimono all have a mix of decals from Kato Kiyomasa, Uesegi Kenshin, Oda Nobunaga and the Takeda clan.  I was aiming for for the mix here than I was for representing named Samurai. 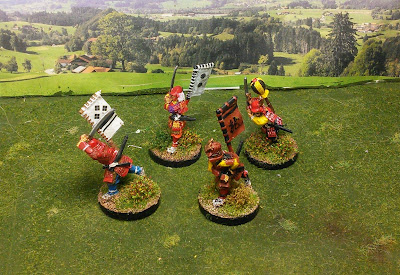 These guys are definitely time consuming but look much better than the plastics I have done in the past.  It is the look of massed samurai that really draws me to this era.
28mm Imjin War Lion rampant Perry Miniatures Samurai