Following up from my earlier comments on this collection, I took Peter's advice and checked out Warbases.  They did not have the Impetus style bases I was looking for, but I did find these for Lion Rampant.

They work wonderfully with the 25mm bases I started using from Litko, and provide the right look for my Lion Rampant games, without the need for smaller bases.  I tend to prefer unit basing, and the charging Ashigaru and Korean spearmen tend to be top heavy and prone to tipping.

To prepare them for the battlefield, I thought I would try out my Flockbox and add some terrain detail.  The first set use my old sand and static grass approach: 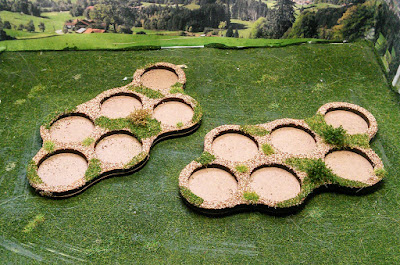 They are still a little sparse for "green-world" games but I would prefer not to do separate sets for both my "brown-world" arabs and crusaders and my "green-world"  Imjin War and Medievals.

I picked up some 25mm pill-shape sabots to fit the cavalry units as well. 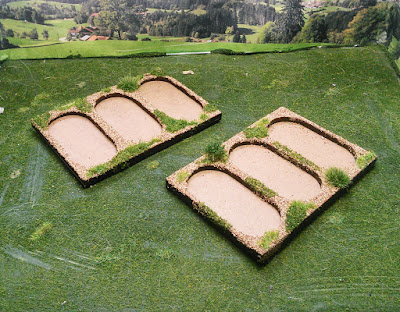 I picked up enough stands for 10 infantry units and 4 cavalry units.  It should be enough to run Lion rampant games for the near future.  I am also experiment with my newer "prime and paint" style of basing to see which I like better.

All these great pre-made bases do present one problem, however.  My previous basing system use larger 1.5" bases I picked up at the craft store.  They don't work quite as well with these bases.


For the future I still want to get some 8-hole 12cm rectangles to be able to use rules like Impetus for larger battles.  Most of the units in Impetus Lists for the Imjin period are Medium infantry, so my double units will allow me to field three stands each, which will make for at least decent looking pike and spear blocks.
28mm Game Aides Lion rampant The Den