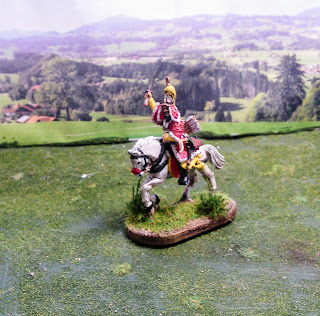 Before I go any further, if you want to see this figure done well look at how Dean knocked it out.  I have found myself overly focused on Rank and File elements of late, so I thought I should at least do a command figure.  In this case it is General Kwon Yul from Perry's Choson Korean line.  He seemed like a good addition as I am working on my Korean Heavy/Regular infantry components.  He was CinC for the Korean army following his resounding victory in the Siege of Haengju. 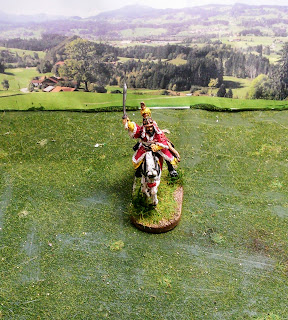 Most of my Korean cavalry mounts are in shades of brown, so I went with the white horse to help him stand out.  The yellow topknot/crest is done for the same reason.  All of my units have either blue or red topknots, and I am using Yellow for leaders to help them stand out.
28mm Imjin War Korea Lion rampant Perry Miniatures Samurai