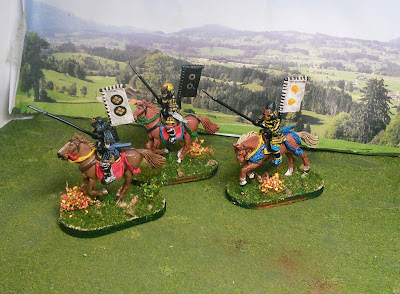 Another unit of Samurai cavalry crosses the finish line!  I find these to be some of the most tasking figures to paint, and these guys did not disappoint.  I think they have been "near completion" now for nearly three months.  I opted to paint these guys in stages; first horses, then riders, then Sashimono, and end with weapons. 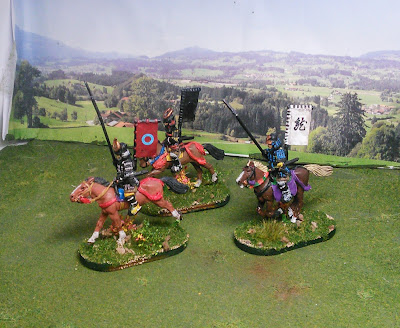 For the sashimono, I opted to mix in some decals as well as free-hand mon.  It is a mix of Kato, Uesegi and Takeda from different sources. 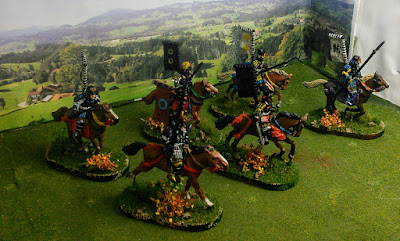 I also took the opportunity to try to repair the damage to these guys.  They were the victims of mat spray gone dull, so I tried to bring them back with a healthy dose of gloss coat followed by a new dull-coat.  It definitely improved the overall appearance of the figures, although the Sashimono of the red one in the middle immediately reverted to its frost affect the moment the dull coat hit it. 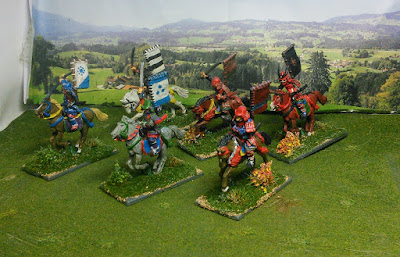 Long term, I will probably transfer these guys over to the oval bases as well. 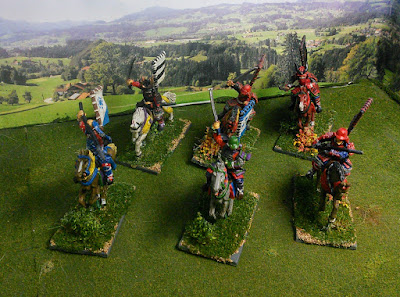 Next for this project are the Korean mounted flails.  They promise to be a little less taxing as the horses and riders lack the same amount of intricate detail.
2016 28mm Lion rampant Perry Miniatures Samurai