Renaissance in 6mm - No money, no Swiss! 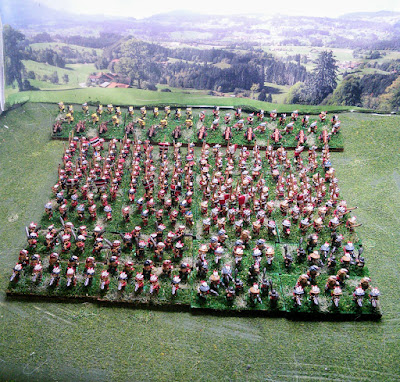 My first batch of 6mm Landsknecht pike is finally complete.  I built these units along the lines of the Imperial and Swiss squares for Advanced Impetus.  Each square is comprised: 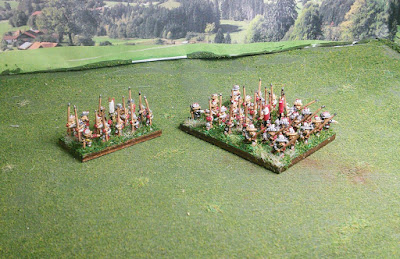 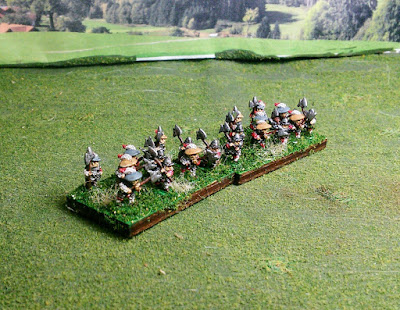 and a S unit of Handgunners providing fire support. 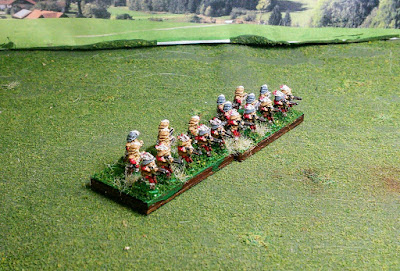 I wanted to try for a uniform appearance for my first unit, so I opted to do these guys in Red/White to represent Swiss mercenaries. 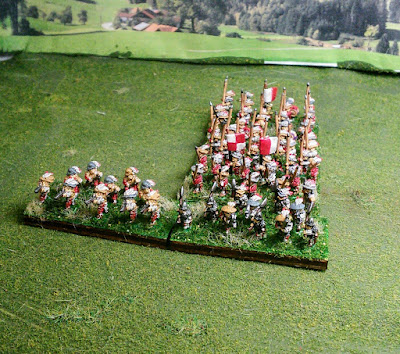 To maintain that proper sense of mass I opted to do 2 squares for each formation set.  Thus my swiss contingent looks like this:


Rounding out this formation are two stands of Cannon 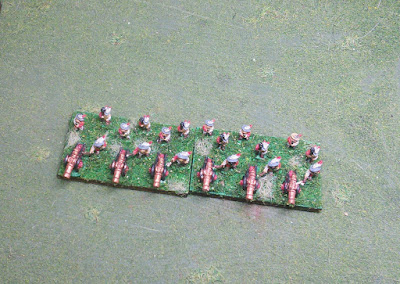 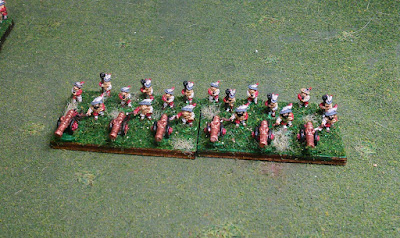 I opted to go with three guns per stand rather than two simply because I like how the greater mass of units looks grouped on the field.


For the second set of squares I opted to go with the "black bands" of Landsknecht in French service. I went with a literal interpretation and focused on a mixtures of reds and black to make the unit stand out on the table.  At this scale, it can be hard to make out unique units unless you make an effort to make it distinct. 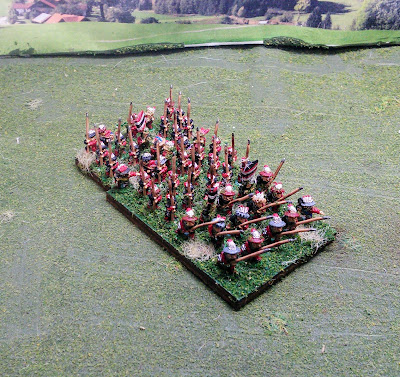 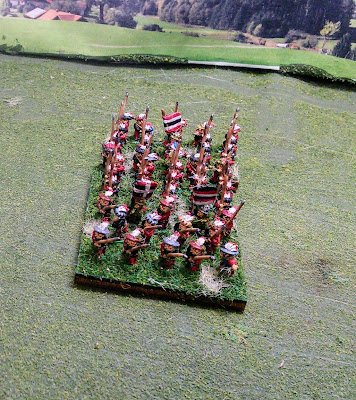 These have a few more pikeman worked into the stands to get some more density without overwhelming the stand.  I ended up using about 10 few pikemen per block, which gives me enough to do 2 more traditional mixed color Landsknecht units. 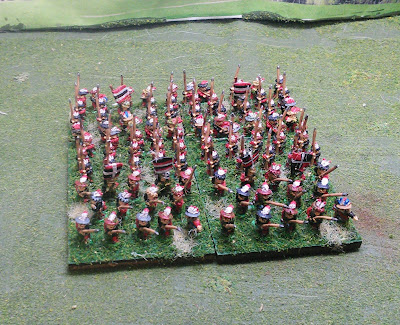 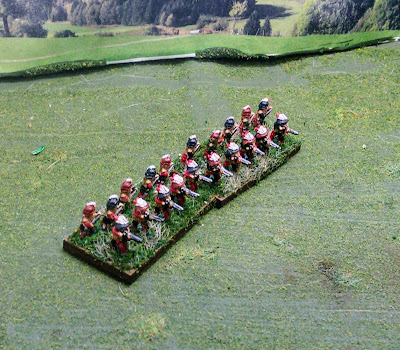 The Doppelsoldners must have been a favorite of the sculptor as he went with four different sculpts.  (Same as for the Pike, and 1 more than the halberds) 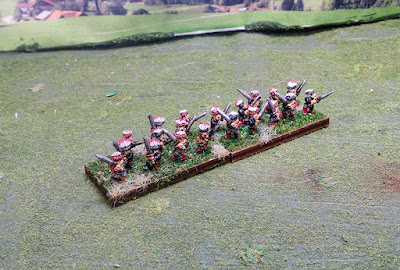 For the other packet of Cannon I received, I opted for a mix of yellow and black to help them stand out. 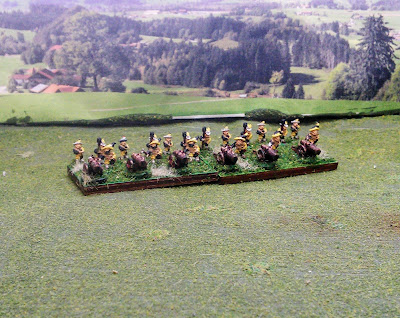 Overall, I really like how this project is turning out, and look forward to doing test games of Basic Impetus 2.0 on my tiny mat. 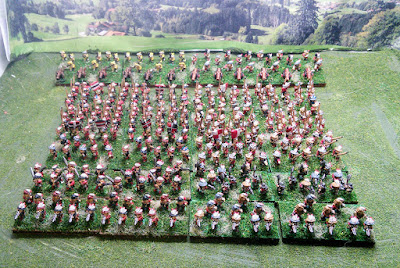 This brings me to the half-way point with this collection, as I have enough pike to to two more double-squares as well as some (T) stands of Crossbows and Handguns.  Microworld has identified their long term plans include Spanish pike, Italian foot troops, Jinetes, Stradiot and Gendarmes, so I expect to grow this force in the year to come.
2016 6mm Fantasy Impetus Microworld Games Renaissance