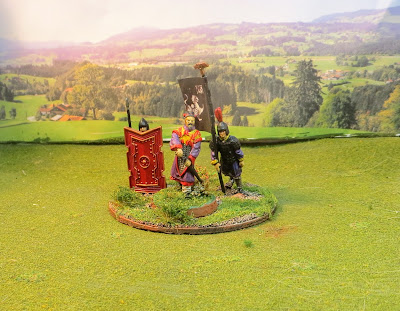 I finally knocked out the last of the dedicated miniatures from my Watchful I Studios kickstarter project!  The last two stands are some command rounds to use with the Qin General and Huang Guigu figures.  I am trying out some new basing techniques, so I thought it a fine opportunity to experiment. 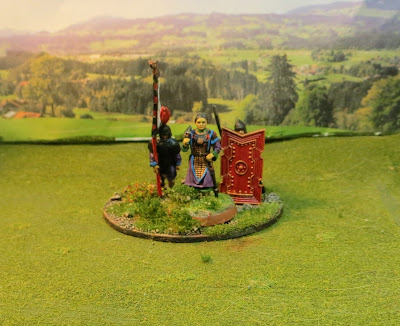 The guardian and standard bearer are color coded with their General, and I used the last couple of command flags from the Qin flag set provided with the Kickstarter.  I left a blank round in the basing material to allow the generals to socket in as necessary.  The shrubs help hide the stand. 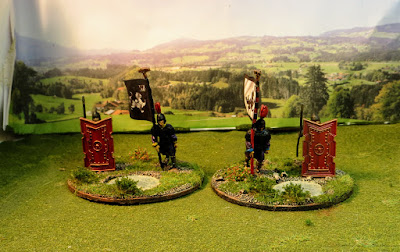 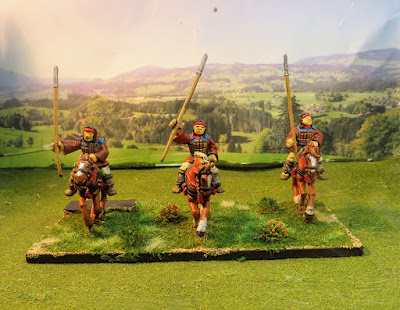 I painted these guys in the same scheme I used for the heavy infantry to allow them to act as an allied forces, of potentially the kernal of a future opposing force for the Watchful I Qin collection. The figures are very beefy, (I am not a fan of the faces on these) so I opted to swap out the wire spears with some Perry Miniatures pewter spears. I think they scale much better, but their fragility has me concerned. 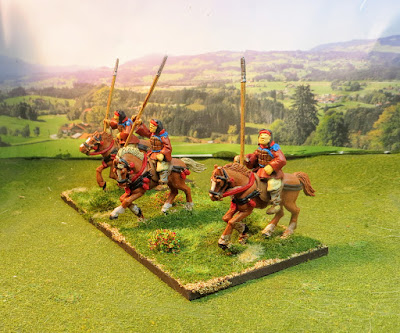 so is the collection complete?  For now.  I have only a handful of single models left over from the Kickstarter, but I am not planning on ordering anything new.  Long term, I would like to add some Chariots for completions sake.  I will wait until Impetus 2.0 comes out and take a look at the Qin army list.  Besides, there are some many other Chinese armies to consider....

With that a brief parade of minis.

First up a cavalry vanguard 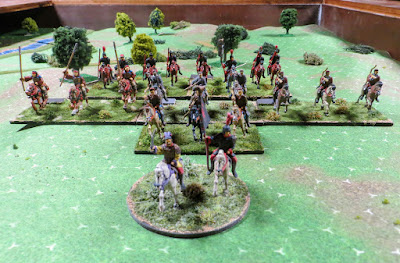 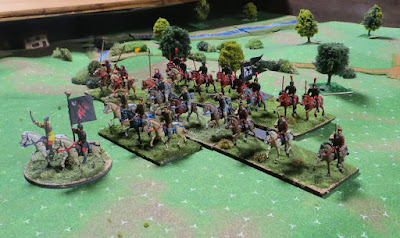 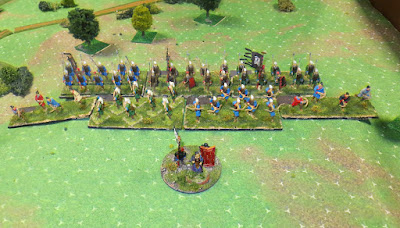 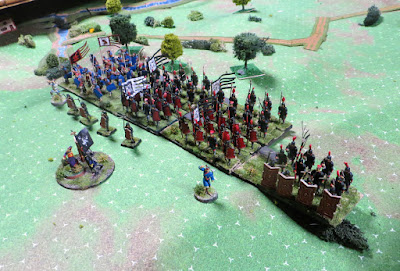 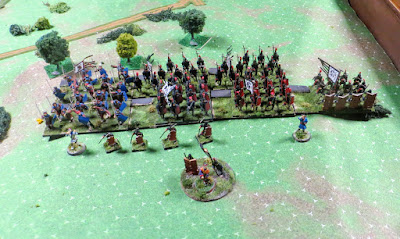 and the whole collection arrayed