so what have the Romans ever done for us? 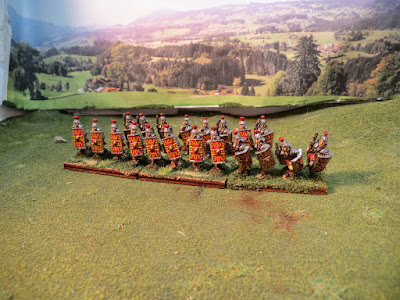 A recent ad over on The Miniatures Page looking for Early Imperial Roman miniatures prompted me to dig out the last of my collection to join the purge.  I originally started collecting these guys when Warhammer Ancient Battles came out, but it fell by the wayside due to a lack of opposition.  (I never found a healthy community of support for it in Spokane, Washington and less so when I moved to the sprawling metropolis of Colfax.)

Having long purged the unpainted lead, I had a few remnants of the painted stuff, and thought I should tidy it up before I put it on the marketplace.  First up was a grouping of 20 Old Glory Legionnaires  I had 16 complete, with plain red shields, and four still on a painting stick.  I did my best to recreate the paint scheme, and then opted to use some of the Vini Vidi Vichi shield transfers I still have in the decal drawer.
Next up I finished some partially painted Auxilia Cavalry.  No decals for this group. 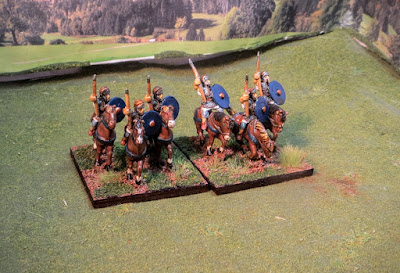 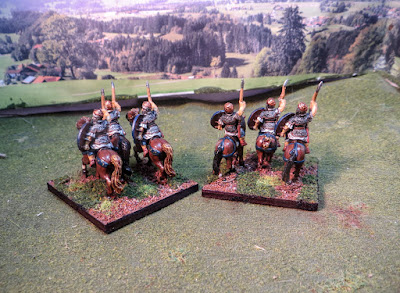 Finally I had three command figs partially painted, that make a nice command stand for the group. 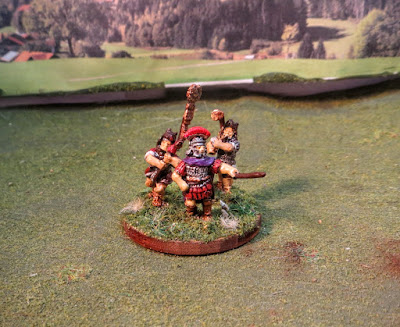 Hopefully they will find a happy home somewhere.  With a few thousand 6mm Ancients painted and based in the collection, there is no turning back now.
15mm 1990s Ancients Essex miniatures Old Glory Miniatures Rome