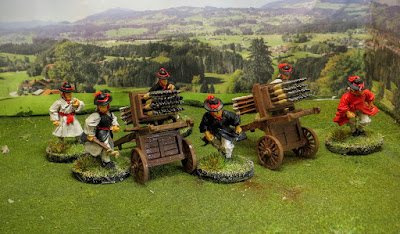 Continuing on with the artillery theme, I also finished some Hwacha rocket launchers for my Imjin war project.  These are a unique weapon to the Korean side of the battle, and I was inspired by the scale replica outside the Juji fortress museum in Jinju. 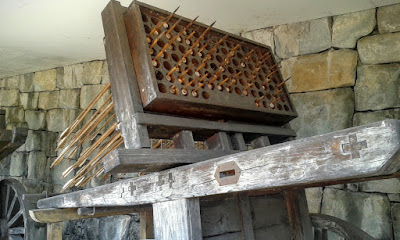 The system itself is very simple with no metal components.  They were sure to have induced some anxiety on the part of the targets in battle.   Mythbusters built a scale replica to test on one their episodes


For my models I went with a very basic wooden structure, with no metalic bits, and simple colors to set off the rockets.  I painted the crewmen with the same mix of red white and black that I used for the garrison infantry, although I did one red jacket to help them stand out. 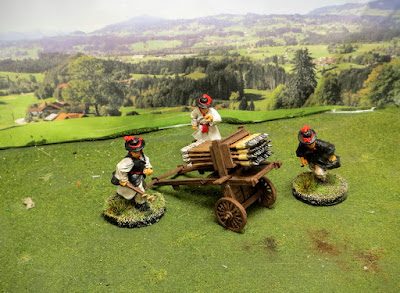 Perry does a model of the volley gun I saw at the museum, so I may need to pick up one of those at some point. (Each barrel is loaded with three metal darts) 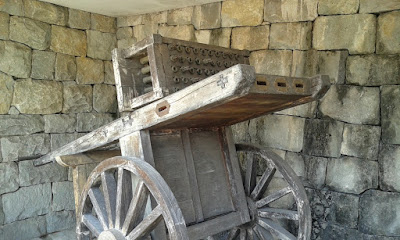 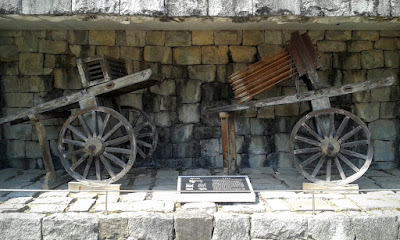 Now if only they did the artillery pieces: 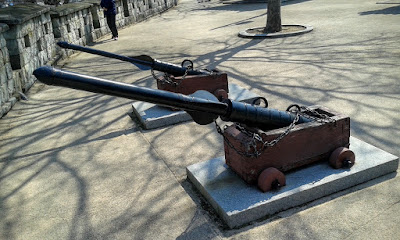