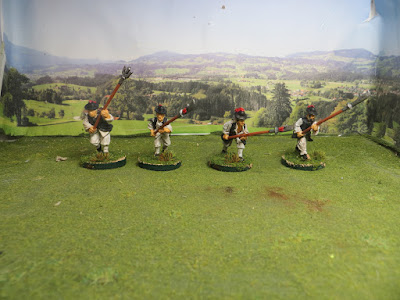 Working on the Qin cavalry prompted me to revisit my Imjin war project.  I finished all the peasant forces already, so I thought I would conquer the garrison infantry next.  (Working my way to what will be the arduous task of painting the heavy infantry with their complex uniforms and multitude of colors).

I took my inspiration from the examples around the Juji fortress museum at Jinju. 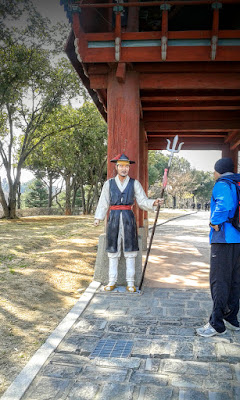 I picked up two units of 24 from bartertown, so I opted to start by doing all of the infantry first, followed by the command groups.  First up are 25 basic infantry with a variety of spears/halberds 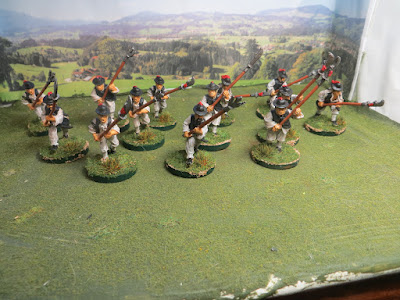 I used a simple black/white color combination with red tassels on all helmets and on 1/2 the belts.  The plan is to do half with white belts and 1/2 with red.  From there go with 12 with yellow bandannas and 12 with red to help identify units of 12 for Lion Rampant and units of 24 if I decide to switch to a mass battle system. 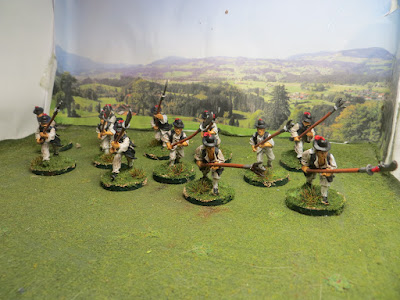 I switched to using 20mm rounds, with the idea of doing sabotted bases in the future if I feel like trying a game like Impetus with them.   I put some primer on a group of archers as well, in the hopes of maybe getting a Lion Rampant game in during Thanksgiving break.  Maybe.
2016 28mm Korea Lion rampant Perry Miniatures