A gracious and overwhelming gift 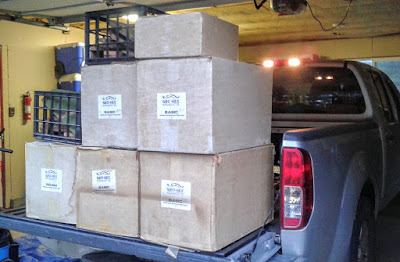 During a game back in August, Kevin asked if anyone wanted "some Geohex"  I jumped on the offer immediately as I have wanted to collect Geohex since I first saw it in the 80's.  I love the love the utility of modular hex terrain, and figured I could use some new hills.

Last Saturday, I stopped by to pick up the terrain and discovered it was more than a few hills.  Pictured above are the roughly six boxes worth of terrain he handed me.  It includes all the major components, and hundreds of sub-components.  I am still trying to inventory it all.

The first priority was to address storage.  One of the common issues with Geo-hex is the difficulty in keeping the hexes from coming apart during gameplay.  My existing game table has a hallow interior that hides the sand table I use for making up terrain.  It is a custom 4'x6' box which means it should fits a base layer of hexes perfectly and provide a frame to keep them together.

And in with the hexes... 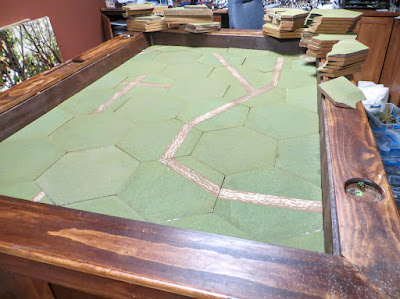 Many of the pieces are double sided with roads painted on one side.  Taking Kevin's advice, however, I am going to set up the terrain on the tabletop and then cover the entire thing with a gaming mat to keep the hills from sliding apart.

First up, I want to try my terrain board for Hoover's Gap.  I added a second layer of hexes with some hill pieces to create the creek and river valleys.  Layer three incorporates the major hills from the scenario map. 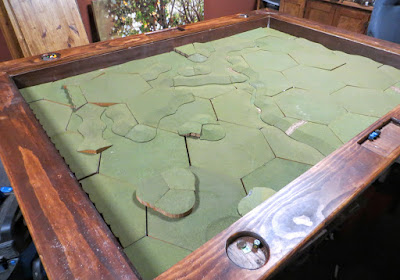 Next up comes the new Strategem neoprene game mat.  I found it followed the contours well and softened the edges. 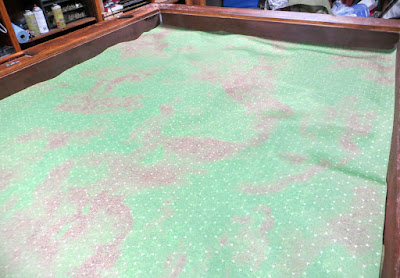 Next up, some trees, roads and the river.  The Creek is really too wide and makes it look more significant than it really was.  I am looking forward to getting the 1/2 river set and some more roads now that the Wizard Kraft kickstarter is complete.


Best of all, I can still store it out of site until I am ready for the re-fight. 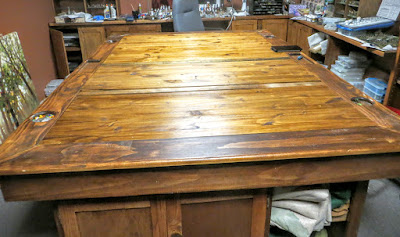 Of course, I still need to deal with the problem of inventory and storage the boxes of unused terrain.
Terrain The Den