February 03, 2015
This four man group of Wargames Factory Samurai my first group of Hatamoto for my skirmish collection.  Each sprue in the boxed set includes two sets of Shoulder Guards, so I thought to use them to denote the more elite retainers wearing heavier armor.  I have been giving most my attention to the "Black" force of late, so I thought I should bump up the Takeda side to allow for some skirmishes with my son using Osprey's Ronin rules. 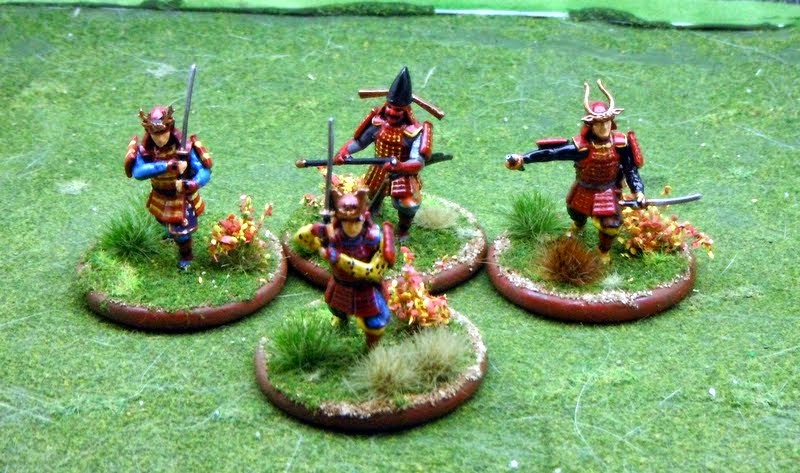 The only major issue I have had with the plastics so far is with the weapons.  The weapons are realistically proportioned which means they lack the thickness for robust handling.  After one 30 minute game, this Katana and Naginata already snapped from light handling.  You get a lot in the box, but I would rather not make replacing them too much of a habit. 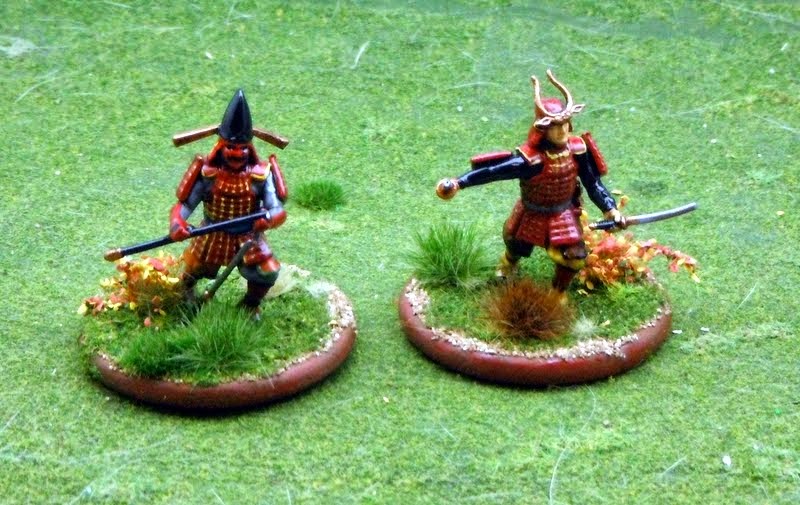