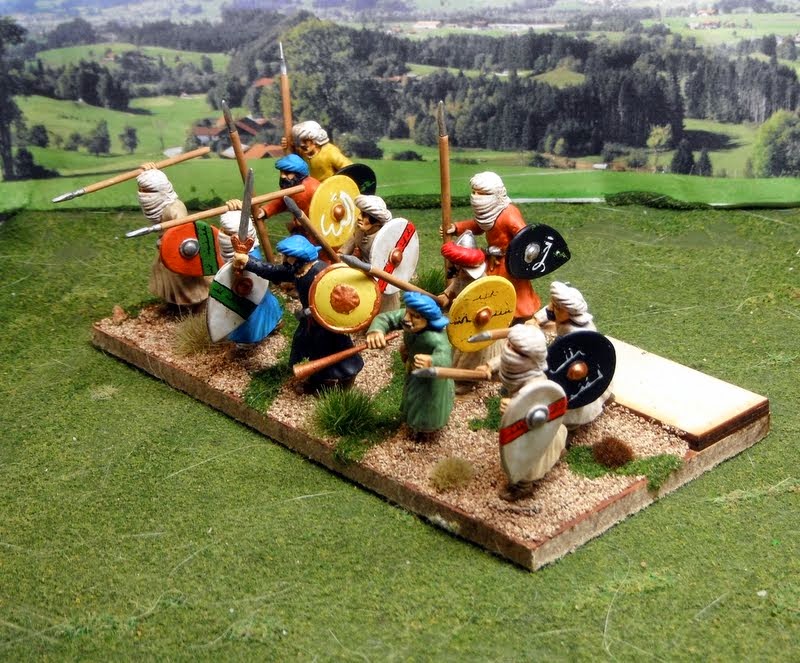 Done!  One boxed set complete.  (Less two infantry who will be appearing on future command stands...)  I did these guys as a second stand to create a large unit with the other group.  This gives me six stands of infantry overall to go with my missile troops and cavalry.  More than enough to field an Arab force to face my Reconquista Spanish.

I am hoping to get the Imperial Germans on the table this weekend, but I definitely want to get these guys blooded in the near future as well.
28mm Arabs Gripping Beast Impetus Reconquista