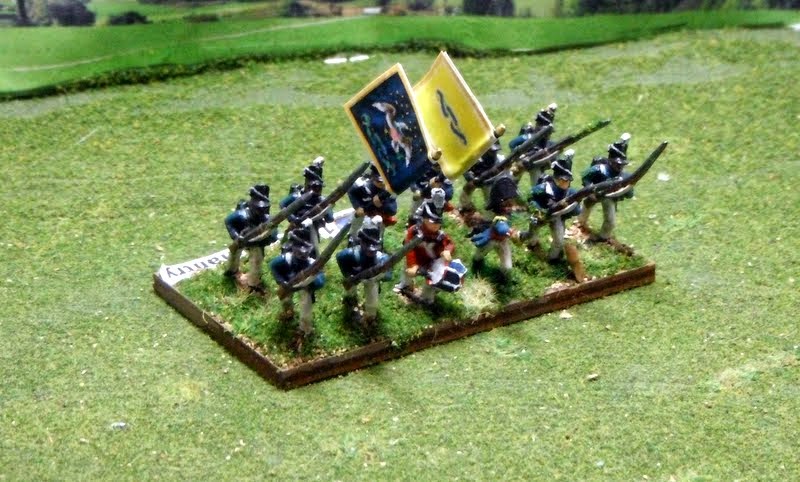 A slight deviation from the cascade of 6mm Napoleonics of late.  I have finished some old Minifig 1812 Americans to add to my old collection.  These were painted to represent the 9th and 11th US Infantry. 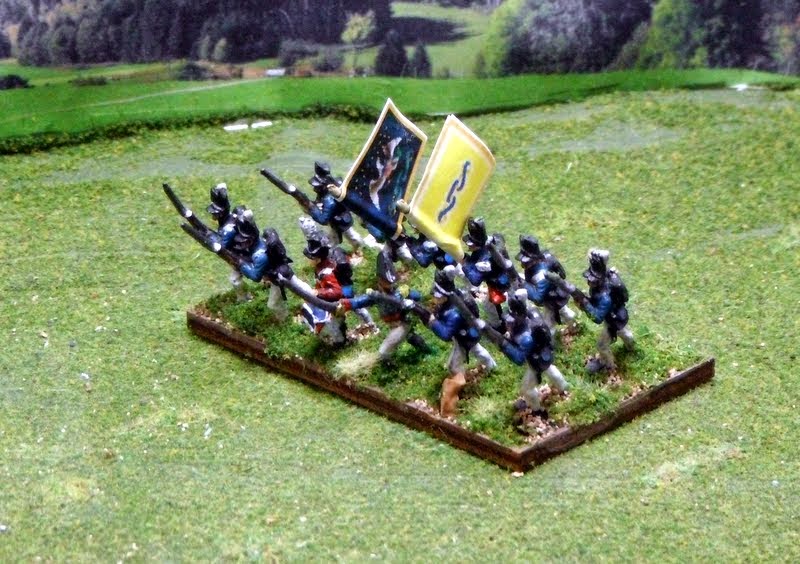 I used to have my collection based on the traditional 3/4" by 1" square bases with 4-6 stands per unit.  I've since decided to move as much as possible to single based units.  The small scale of the War of 1812 did seem to necessitate some compromise, however, so I decided to move to two stands of 12 figs each to represent most units with single stand units to represent the smaller companies or skirmishers like natives and militia. 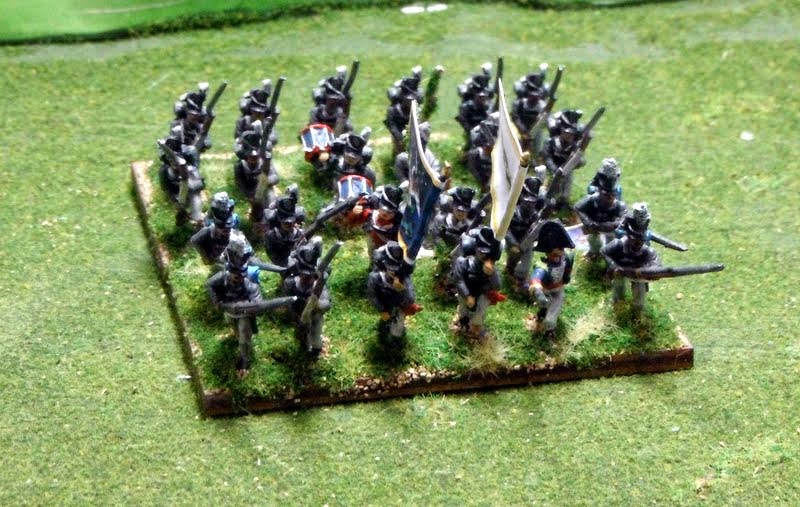 I have a fairly sizable collection completed now, although the impulse is there to switch to 6mm as all the 6mm and 28mm painting over the last few years has ruined my 15mm technique.  (They are that terrible in between.)
1812 Napoleonics US Army