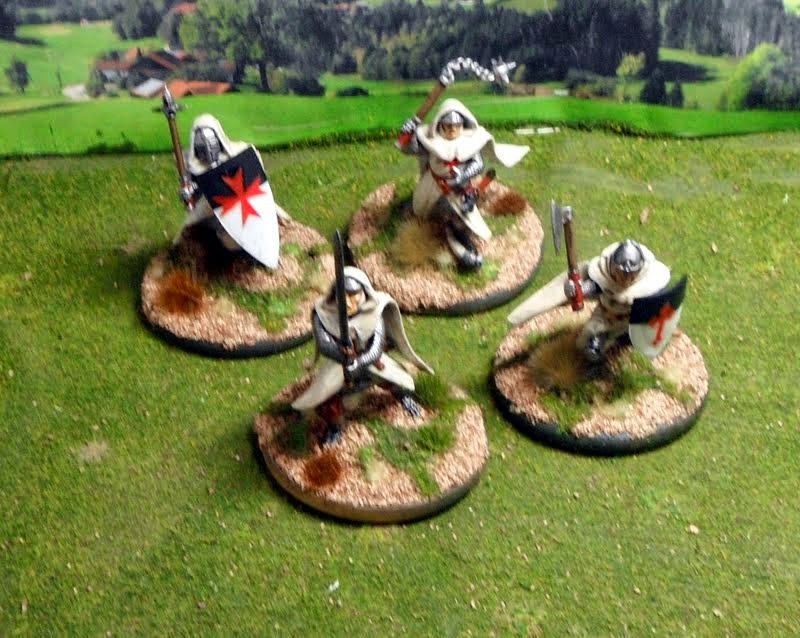 So, what to do with the Templar Foot knights that come with the Fire forge boxed sets...  The sets come with 24 models total:  4 Knights with Cloaks and 20 Men-At-Arms.  After painting up my Calatrava foot units, I found myself with eight left over knights.  (Four from each set.)  I have been interested in playing Saga of late (another pile of Vikings is forthcoming...), so I opted to do these up in groups of four for potential use with the forthcoming Crecent and Cross supplement.

I tried to use the heaviest weapons from each set to really set them off.  The first two actually use weapons from the Mounted Knight boxed set.  The Morning Star actually comes with two spiked ball/chains, but I thought it looked too Warhammer-ish, so I trimmed it down. 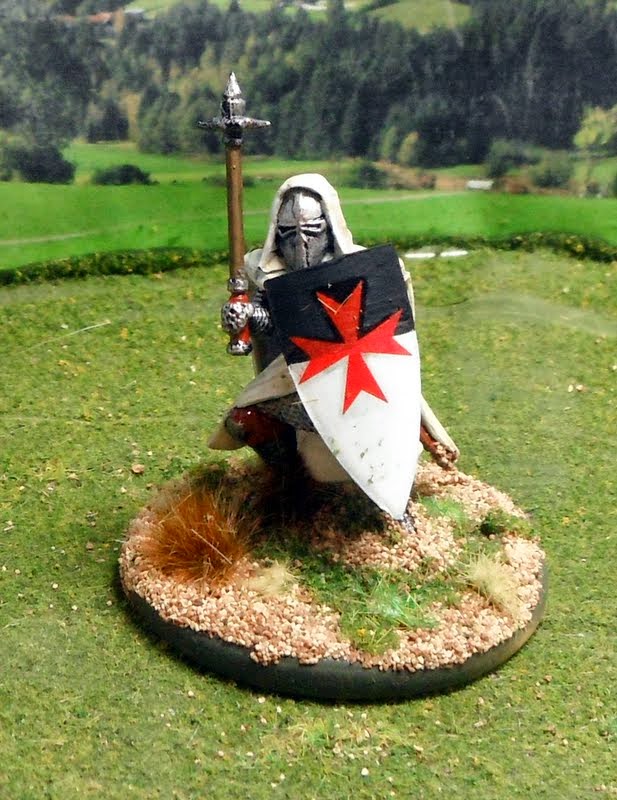 The other two just have the weapons from the Foot Knight sprue. 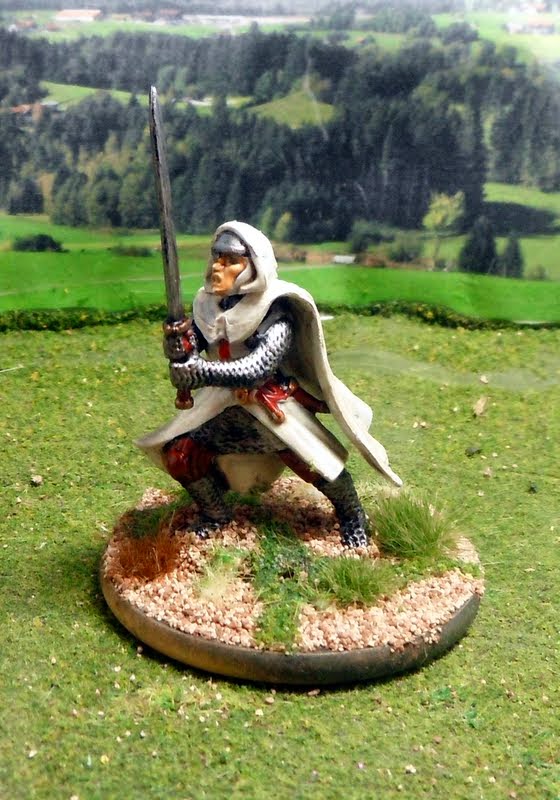 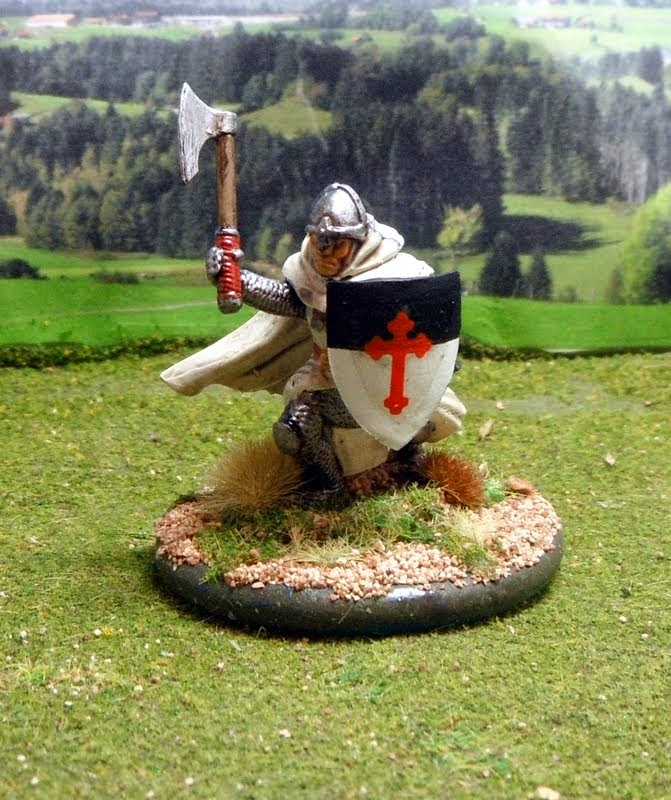 I have really been intrigued by Saga, enough to forego my trend towards total unit basing and do some individually based figures.  The rules promise something I have looked for:  Dark Age skirmish combat that is not boring.
28mm Crusades Fireforge Games Medievals Saga