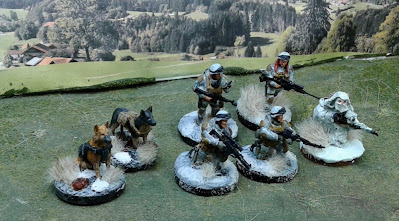 First let me say I really need to update my Photo box. It is in my long term "to do' list but nothing calls out the issue like winter camo with a beautiful Bavarian Spring background....

Today's update is a selection of figures I ordered from Pig Iron Productions last spring.  The company does a lot of military scifi models, and released a limited set of "STALKER" miniatures compatible with games like Zona Alfa.  These are basically figures with modern Russian tactical gear including ammo pouches and personal body armor.  I went with a faint arctic camouflage for these models based off the newer patterns the Russians are using for their Arctic troops with solid white helmet covers.

First up are "Yevgeni" the leader and "Savina"  with a large caliber sniper rifle. 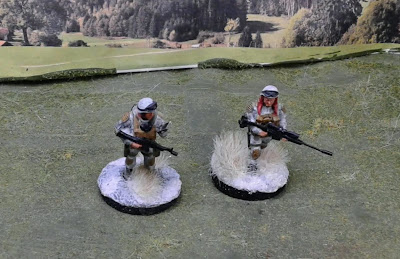 Next are "Dusan" with an RPK machine gun and "Dimitry" with a VSS sniper rifle. 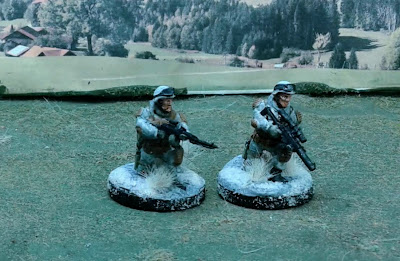 The collection also included a pair of military working dogs.  "Max" and "Elena" 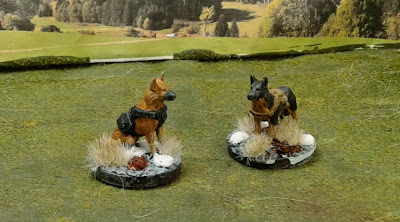 Lastly, I painted up a Warlord Games British Army sniper in a ghillie suit.  This model is suitably covered in enough cloth and fabric to work for just about any period, so I added him to fill out this squad for a small tactical team in Zona Alfa. 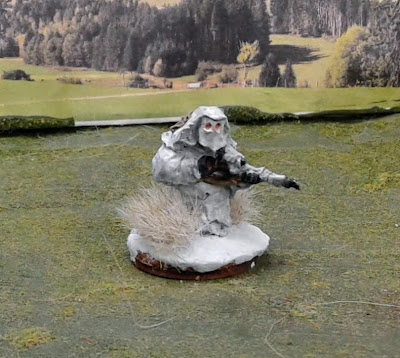 I really liked the crisp detail on these figures, so I might add some more down the road.  I have some of their 'infected' models to use as zombies or mutants depending on the skirmish game.  I will post them later with the array of monster models I have finished for these projects as well.
28mm Modern Pig Iron Productions Zona Alfa 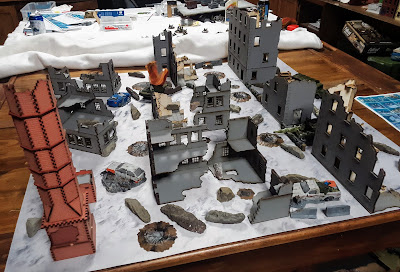 Well, that was certainly an interesting experience.... Welcome to 2021, and my eighth annual hobby update on the blog.  So how did it go? 4697 Points overall ( -166 ) 1152 Individual Castings ( -2253 ) 157 Line Items (units) ( -67 )\ 64 Total Posts ( -43 ) so... pretty much a massive downward trend especially compared to productivity from 2016-18.  I will save the typical itemized breakdown for my 2021 goal.  Here I will focus on my original 2020 Objectives Overall Objectives Looking at my project catalog I have 111 planned units already in the queue ranging from 1/6000 scale warships to 28mm tanks.  This amounts to roughly 3600 equivalent painting points.  My annual totals average around 5000 points and   150 entries, so it is within the realm of the possible to clear the backlog.  Well, I managed to knock out 67 of those line items and about 2000 points from the objectives list, so not as bad as expected.    I would like to focus more on building up my terrain and skirmish collectio