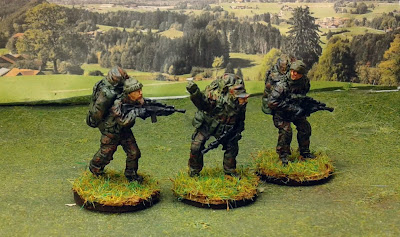 Changing scales, I have also been working on my 'cold war' post Soviet collection.  These work well for skirmish games ranging from the former USSR to modern fantasy like Zona Alfa.  This update includes a collection of figures from SASM aka Footsore modern.  The models above are three of the four figs from the "German Recce unit'  I tried to mirror the German Flecktarn pattern with these.  The pack came with a double of one mini, so I opted to take a different take with this little doppelganger 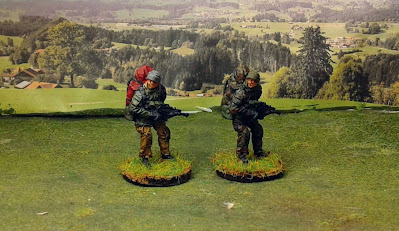 Basically went with a civilian mix of colors to make a potential disaster survivor or adventurer to entering the zone.
I also picked up a squad of SASMs modern Spetznatz, and used the models to fill out some of the other units I have been building.  I did a headswap to add some ballistic protection to add an autoshotgun and SMG figure to my Ukraine inspired Urban Police squad. 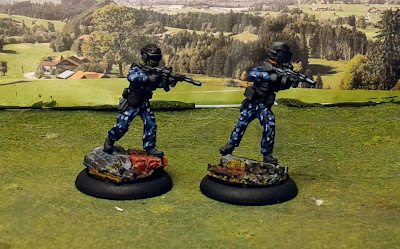 That brings the crew up to six figures, and matches my son's last force for Zona Alfa. 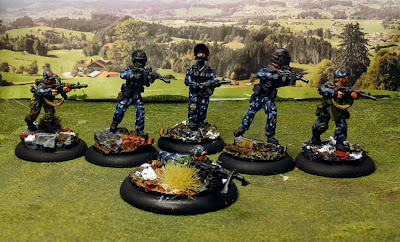 Some other Spetnatz figs were painted up in green tones to act as a generic tactical team and potential NPCs for Zona Alfa or a similar skirmish game. 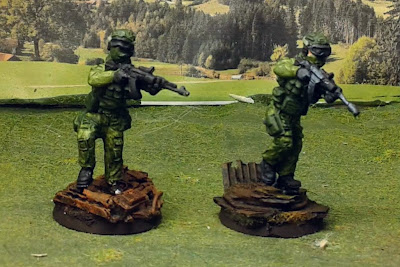 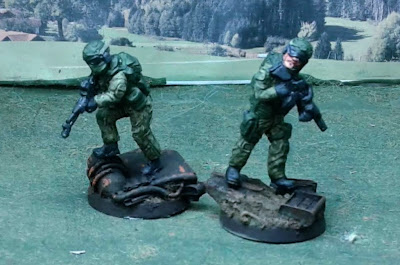