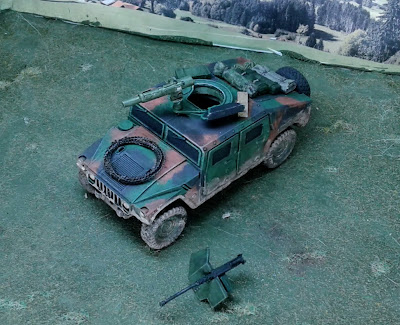 A long time without updates, so why not try posting something?  While blog activity has been at an all time low, painting still still drags on from time to time.  In the last few months I have been focusing primarily on my Cold War 3mm collection and BCT rules (more on that eventually.) and finishing a backlog of 28mm vehicles.

Seen here is a resin and metal M1025 scout vehicle from Footsore USA (SASM).  I decided to try my hand at the NATO three color pattern, but with solid green up-armored doors and add-ons.  I wanted to model this figure for a late 80's - Early 90's "Twilight 2000" look, so I based it on my own experience with M1025s and add-on armor in Iraq back in 2004. 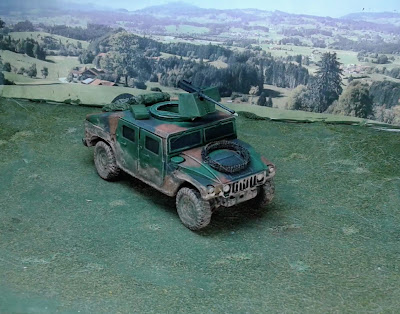 The add-on armor packages were always mono-color and looked bolted on, so I went with the same overall look for this one.  I left the heavy mud brush guard off, and tried to find some suitable stowage to spread all over it to make it look more like the rigs from a Scout Platoon.  The barbed wire and gun shield were later additions.  I had an old TOW launcher for my M113 model in the bits box, so I pinned it and the M2 to allow for weapon swaps.  Lastly, I did some experimentation with weathering powders to get a proper lived in look. 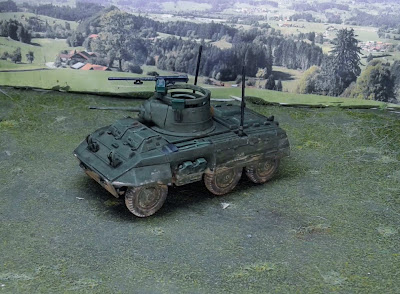 This of course prompted me to finish an older scout vehicle I've had laying about.  This time the M8 Greyhound from Warlord Games.  I always liked the look these vehicles, and wanted to collect a US Cavalry detachment since Easy Eight release "Fury on the Fatherland" for Battleground WWII.  I've left the decals off for now, until I figure out which division I am planning to use.  Probably 2nd AD, just to add it to my Armored Infantry collection.  Of course, It can also be used for some Cold War era play as these were used around the world up until the 90s/ 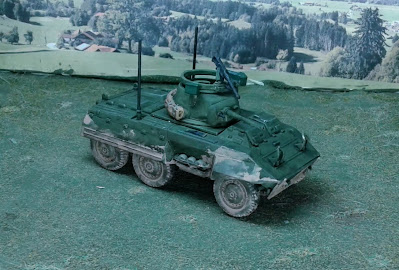 I also picked some some 3d printed models last year for generic skirmish games.  In this case 2x WWII era Mercedes trucks and an unmodified T-55. 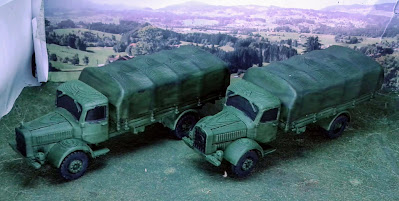 The T-55 is begging for some red stars, but it is such a ubiquitous vehicle I didn't want to tie it to one army quite yet. 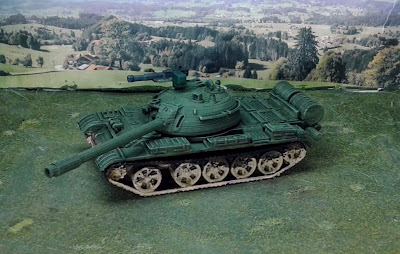 The 3d printed DsHK is a little clunky, but works for now.  I want to get another one to play modifying a little bit.

All there is for now.  Lots more to post, eventually.