Witch.. er...influences resulted in these figs? 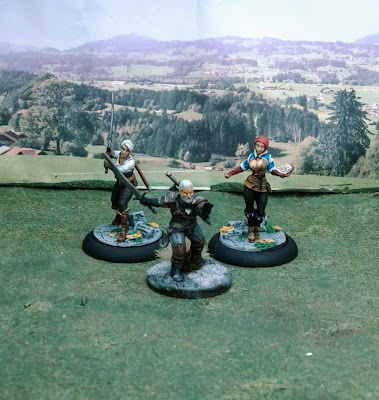 Some additional miniatures from Brother Vinni.  These were 'influenced' by the Witcher series, more specifically the Witcher III video game.  I really enjoyed the books as well as the series on Netflix, so I opted to grab a few figures to go along with the collection of skirmishers for Rangers of Shadowdeep.  These all have a more renaissance than middle ages feel to make the collection a little more unique. 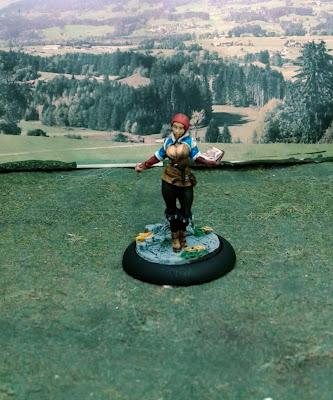 First up is the "Sorceress of empire" which bears a striking resemblance to Triss Merigold with a less than modest bodice. 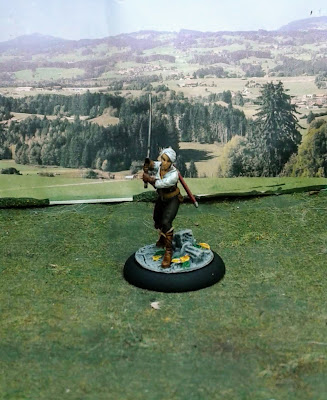 A little less risque' is this interpretation of Ciri.  These models are all in resin, which makes the detail very crisp, and the weapons very brittle. 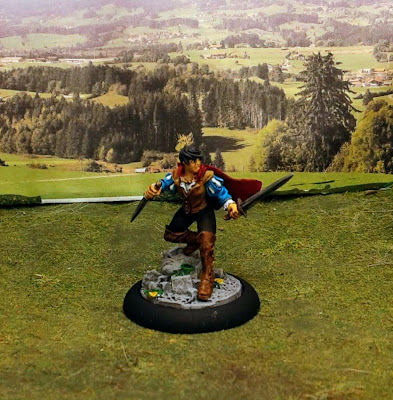 Lastly I picked up "Hilda" who looks like she might make a decent swordsman addition to a warband.
I really enjoyed painting all of these as the detail is quite crisp and they take paint readily. If anything it also allows me to experiment with different colors and washes that I would not otherwise with my more historical collection.
28mm Brother Vinni Fantasy Rangers of Shadowdeep