For the carriers I am sticking with plan flight decks for now.  I saw some printable decals, but they look a little too fiddly for my purposes.  The collection includes all the big names:  Enterprise, Hornet, Yorktown, Lexington, Saratoga (early and late war)  as well as four Essex class carriers.  I still have Wasp and Ranger in the package, so the lead pile is not completely bare yet. 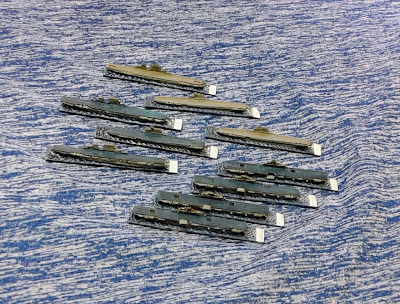 Lastly a vast array of Heavy and Light cruisers to fill out the battlegroup.  I put all the hull numbers down on their tabs, but otherwise the details just kind of wash away at this scale. 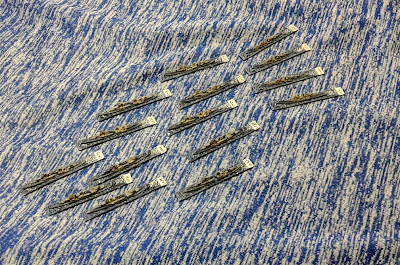 and lest I forget, I also painted a few liberty ships. 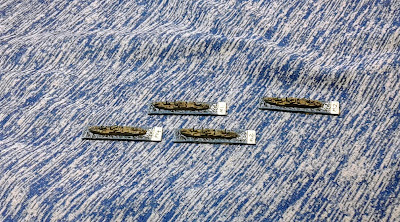 I still have a few Royal navy destroyers and cruisers to paint, but otherwise I am merely waiting to find a decent background to do a group shot. My blue/white running shirt not withstanding. Thanks for looking!
1/6000 Figurehead US Navy War at Sea WWII