Strike up the band? 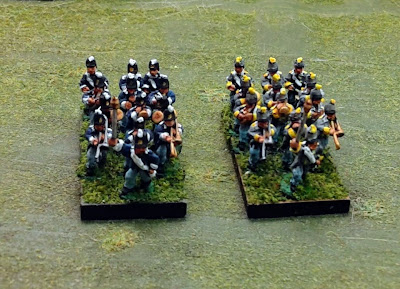 Secret Santa...three years later..  I took advantage of my sudden surge in home time to catch up on a lot of lingering projects.  (About 15 units still awaiting documentation and rising.)  One of the first was a chunk of figures from the last Secret Santa hosted by Ian and Cath.  I have been sitting on these for quite some time, honestly not knowing what to do with them.

The first part was two packs of Pendraken's "19th Century Military Band"  I decided to paint one stand each of Union and Confederate players to represent their respective sides.  The only models I didn't use were the dog-carts with drums as they seemed a little out of place for the period. 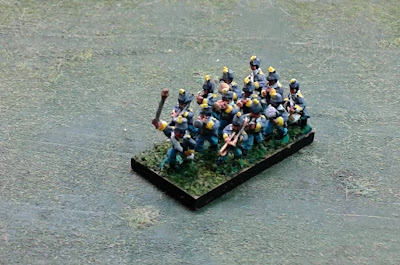 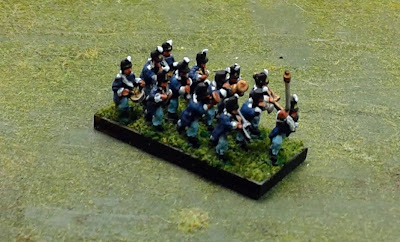 Also in the pack were these Berdan's Sharpshooter figures.  I painted up four stands worth with the intent of adding one stand to augmented Regiments in Regimental Fire and Fury games.  Interesting niche unit. 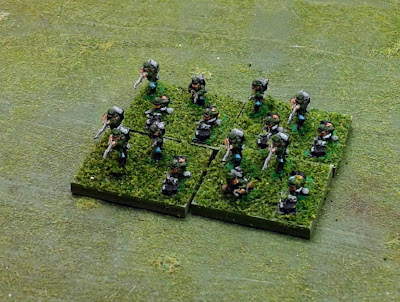 Lastly, and not part of the Secret Santa pack, is this four man stand of Union Infantry with Henry Repeating rifles.  Interesting figures, not sure how to use them. 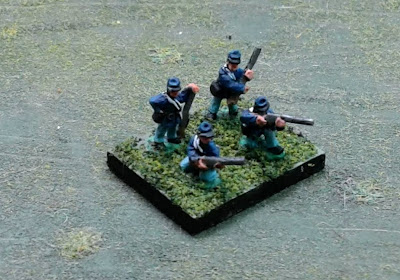 Not quite done with the gift however, I should have the pair of ACW ambulance wagons ready this month.  These kind of projects are always somewhat interesting.  I enjoy painting the, but really don't know how they will contribute on the game board.  Ideas?
10mm ACW Pendraken Regimental Fire and Fury Secret Santa