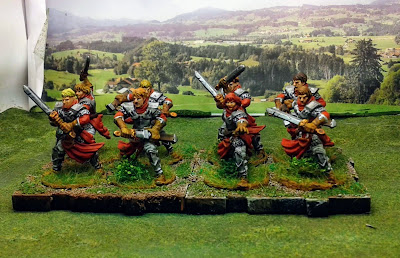 Some random fantasy models to throw into the mix.  This is a unit of "Outland Scouts" for the human army in Runewars.  I managed to pick these up in one of the numerous clearance sales offered after FFG said they were no longer supporting the game.

Overall a very interesting unit with dynamic posing.   I suppose some might work as character models for Rangers of Shadow deep or Frostgrave. 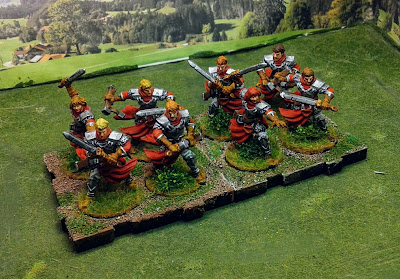 I also painted the Human hero that comes with the boxed set.  This is the second one I have done, so I opted to skip any modding this time and just go for a basic paint scheme.  The game comes with a stat card for her as a separate model, and for including her as a unit champion.  I figure that means that Mason can use both versions on the game board if he ever feels inspired to play again.  Otherwise, I have nearly the entire collection completed now.  Just a box of wraiths and one more human command group continue to taunt me from the lead pile! 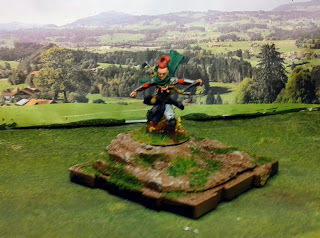 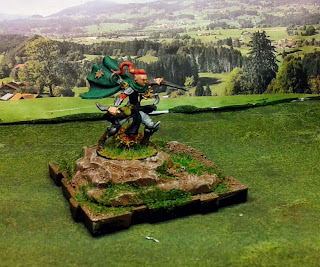