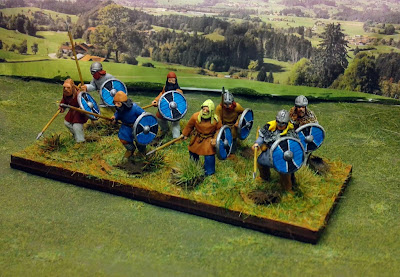 A second unit marches off the paint table.  As with the last one, I went with a unified shield design.  Rather than act too original I decided to mimic the shields I did for the three "Vikings" TV series figures I did earlier: 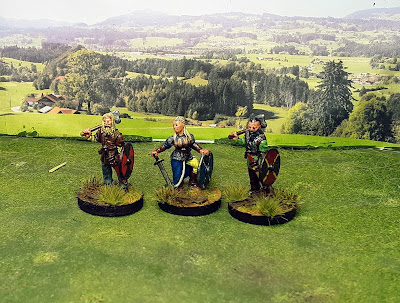 Any guesses as to which shields come next?

I am also nearly complete with rebasing the existing collection.  I have also had to reinforce several glue/epoxy joins and repaint some shields. 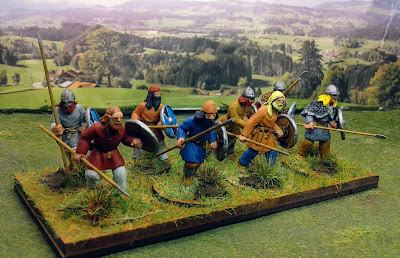 Only a few more units remain and the upgrade is complete.  Still lots of vikings to go for January however.
28mm Dark Ages Footsore Miniatures Saga Vikings