An abundance of Ragnars 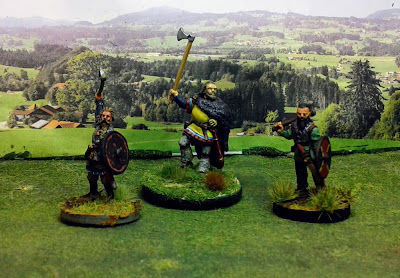 I just put the final touches on the Footsore's Ragnar Lodbrok, and it occurred to me that I have collected a number of these for this project.  This particular model is the third one I have painted.  There are two more (one each from Old Glory and Warlord) waiting in the lead pile.

Overall, this casting is one of my favorites from the Footsore range.  The detail is crisp with a dynamic pose.  I also received a re-supply on spray primer, so the shine has been knocked down a bit. 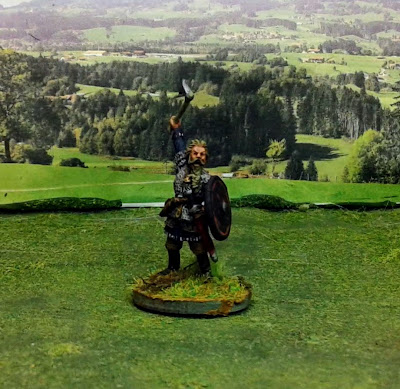 Here is the less shiny Stronghold Terrain version for comparison. 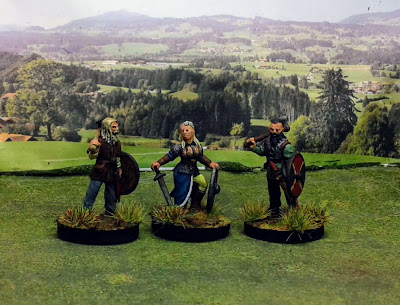 Finally, my original model from the Gripping Beast Saga Range.  Note, he is most deserving of the "Lothbrok" epithet as he is actually wearing "hairy-breeches" 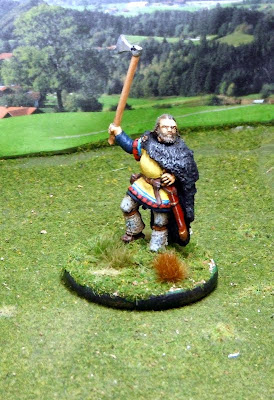 So what does this mean for the future?  I guess I will inevitably have to get at least three more versions of Ragnar into my collection with the intent of building an unstoppable band of Ragnar's for my Viking army.  The man has done quite well for himself considering he may not have actually existed.
28mm Dark Ages Footsore Miniatures Vikings