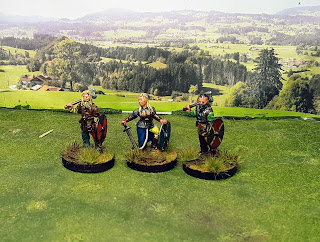 Well five years later, and right before the final season begins...  These are finally done.  I picked these models up back in 2015 when "Vikings" first premiered on the "History" Channel. Stronghold minis originally produced three models pattered off of the characters from the show.  From what I can see, that number has increased significantly to include most of the major characters. 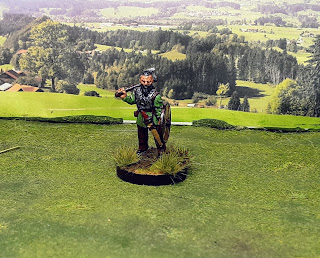 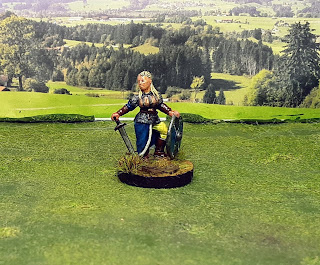 And of course the shield maiden Lagertha. 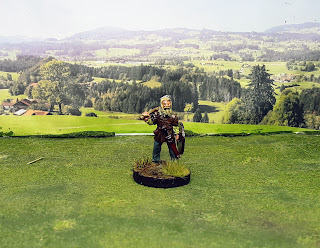 Ragnar and Borg are almost identical as variations on the same sculpt.  The metal is very lightweight, with about the same heft as a comparable plastic mini. The detail is good.  My only complaint is the shields.  The hand is part of the shield and connects to the model at the wrist.  There is no indent or peg to connect them, and the model is rather tight to try and drill for a pin.

I have not been able to hit them with figure flat yet as the temps are a little too low outside.  This may be a recurring theme for the next few weeks...