It's been about 2 years since I last posted a 6mm mini. and almost six years for 6mm ancient/medieval figures.  What could possibly have inspired this? 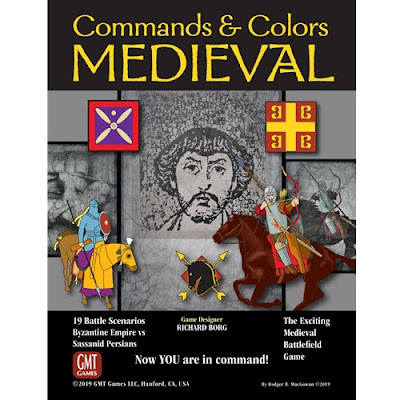 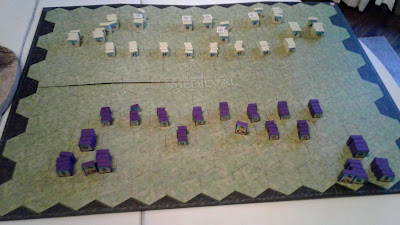 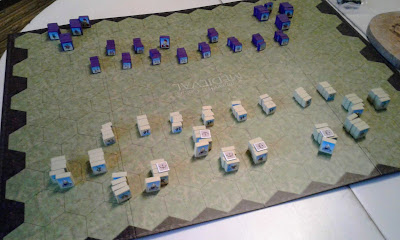 The set includes seven different levels of cavalry and includes much more cavalry heavy battles.  One of the changes in this set was also to increase the size of cavalry units from three tokens to four.

I already have a fairly sizable Sassanid Army done in 6mm , and this game reminded me of the large bag of unpainted Baccus Late Roman Army miniatures. Thus I decided to finally dig these guys out and splash some paint of them.  As this army is being done specifically for use in Commands and Colors, I decided to go with a rather uniform paint scheme with the accents done in the appropriate color by unit type:  Green for lights, Blue for Mediums and Reds for the Heavies.  I also opted to reinforce the differences visually by using two ranks for the light infantry, three for the medium infantry and four for the heavies.

First up were some units of Light Infantry and Archers 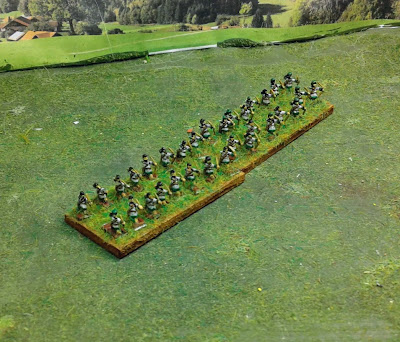 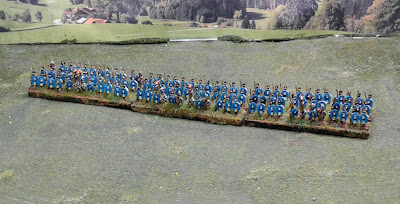 You may also notice that decided to abandon my old basing system of four stands/unit with infantry and three stands/unit for cavalry.  This was partially because of the increase in stands for cavalry units in the new game, but mostly because I have decided to just focus on singe-unit basing for ease of play.  I picked up some 2.25" bases which fit nicely inside the hexes on the game board.

For the cavalry, I decided to reflect unit types by figure count.  Lights get 9 models, Mediums get 12, Heavies get 14 and Super-Heavies get 16-18.


The switch has also necessitated a rebase-ing of my Sassanid and Hun armies.  First off, were my Parthian Cataphracts 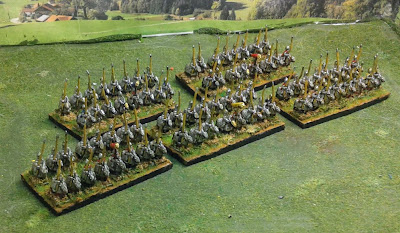 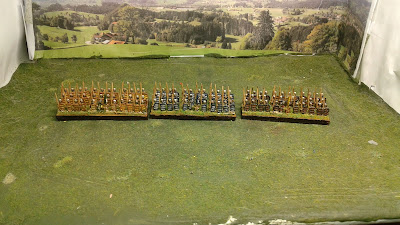 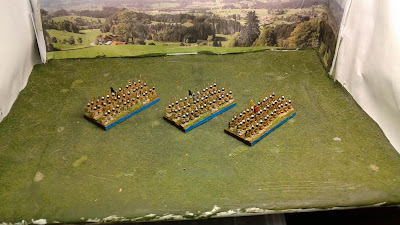 The horse archers also got some touch-ups and new bases: 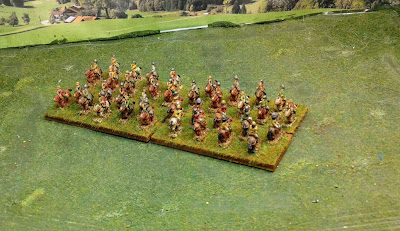 And of course, the heavy infantry found their new bases well suited.

I have now depleted all the available Later Romans/Byzantines in the lead pile, but I have plenty of painted Huns and Sassanid cavalry left to go.  I plan to complete the re-organization before I dive in for one more order from Baccus to get a complete playable set.  As it stands, I know I will need more Roman cavalry, but the Huns are set.  (I think I can filed about 24 elements of cavalry for them alone.)