Two years on, and I have finally finished my Korean Heavy Cavalry.  I took a different tack with the last six and painted them all in a more subdued red to match what I saw at Suwon palace back in 2017.  They should also work as allied Chinese cavalry in a pinch.

These figures are all from the Perry Miniatures 'flail armed cavalry" however, I seem to have misplaced three of the pole flails. I opted to use some leftover halberds from the heavy infantry as they seem to work well with the poses. There are supposed to be some 'double handed crescent swords" in the pack, but I never saw those.  From the catalog images I thing they are just halberds with tassels. 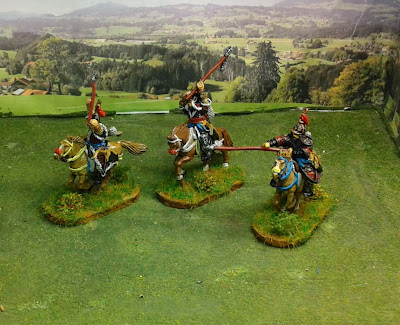 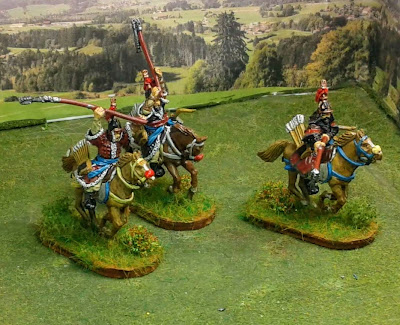 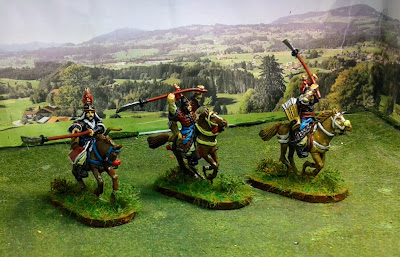 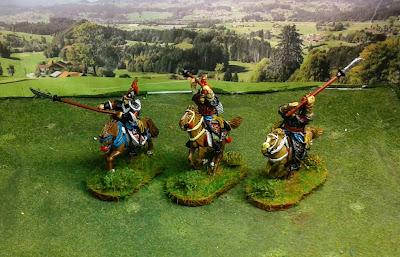 There are six more horse archers on the table for completion and then another three armed with "triple barrel rocket launchers"  I am rapidly approaching the bottom of the pile with yet another project.  Only a few years later than intended..
28mm Imjin War Korea Perry Miniatures