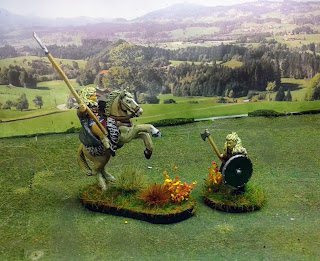 Touching base with another long neglected project, I have Bad Squiddo's version of "Lagertha"  wife of Ragnar Lothbrok.  This rendition is based on Kathryn Winnick's character from the History Channel series "Vikings".  It has been about four years since I touched the Viking project, but I had to opportunity to get a few more models from Bad Squiddo to combine with the shipping from the Onna-Bugeisha kickstarter.  Thus I picked up a few of the shield maidens to plus up my Viking Skirmishers. 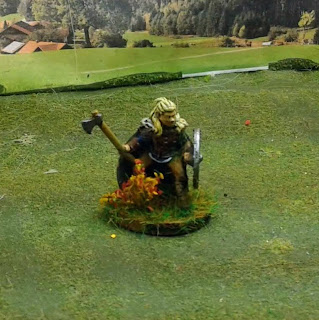 The pack came with a dismounted and mounted version of the character.  Both are fairly solid with a thick base (The cloak is attached to the legs) and good detail.  I swapped the axe out for a spear for the mounted model as it seemed to look appropriate for the stance. 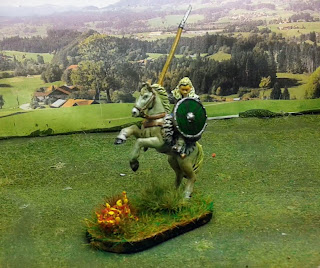 I still have a Lagertha, Ragnar and Bolg set from another manufacturer, so I may need to dig them out at some point for comparison.  I think Old Glory does a set of Ragnar, Lagertha and Loki as well.  Apparently a fairly inspriational series.
28mm Bad Squiddo Games Dark Ages Vikings