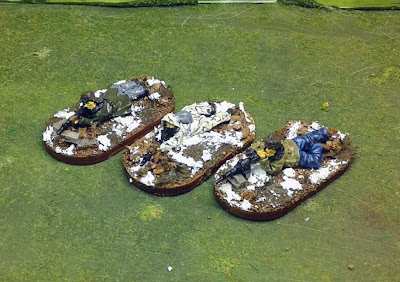 I have a love-hate relationship with prone-sculpted figures.  They are technically correct, as most   combatants of the last century prefer to fight while staying close to mother earth where bullet density tends to remain lower.  It is difficult, however, to maneuver them on the table, and they lack dynamic poses.  You also rarely get enough to represent an entire unit/squad as they tend to focus on specialties like Snipers and Heavy Weapons. Thus, I tend to use prone figures to denote unit status or casualties, rather than as individual models.  (Or simply consign them to the bits box)

The Chechen War Kickstarter included a pair  of Chechen snipers, a RPK (/LMG) Gunner, and a Russian RPK gunner all in a prone position.  I opted to base these on 25mm pill bases that I normally use for cavalry. I used some extra terrain 'bricks' to give them hasty firing positions. 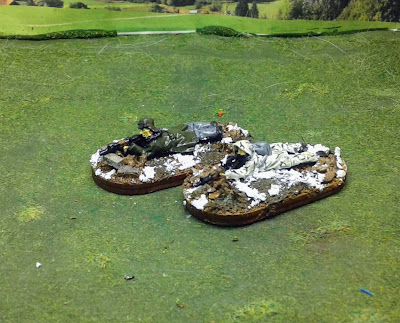 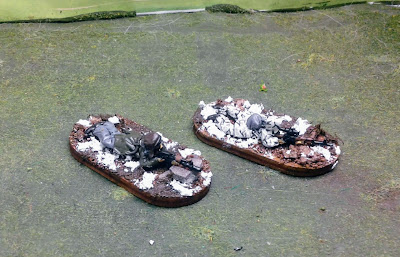 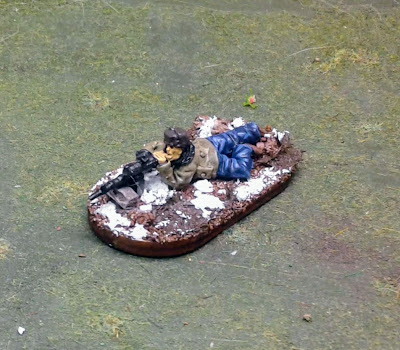 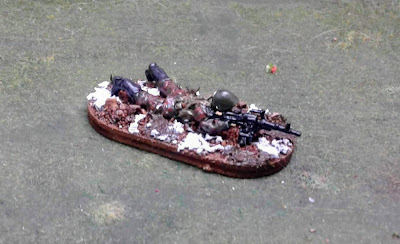 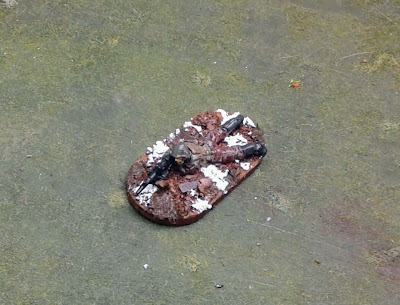 After finishing them off, I used some of the excess snow basing material to finally finish the Soviet CBRN platoon to COLD war status. 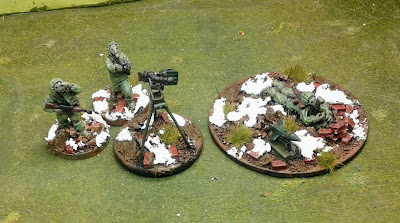