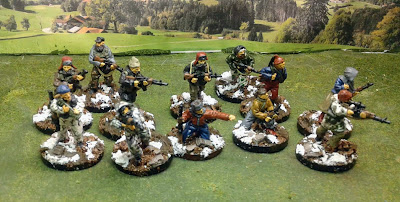 Here is the Chechen side of Tiny Terrain Model's latest Kickstarter.  For these models I wanted to go with an ecclectic mix of civilian clothes, Russian Camouflage and some uniform items from other sources.  I tried to keep it to the earth tones, but some of the blues and reds still turned out brighter than I would like.

There are thirteen figures here, I still have the three prone models and a command figure.  The prone figures will be up next.  The command guy will take a little longer as he was cast raising a sword in the air, and I want some a little more practical.  I don't have much in the way of modern assault rifles or pistols in 28mm to equip him with.  I am going to need to come up with something. 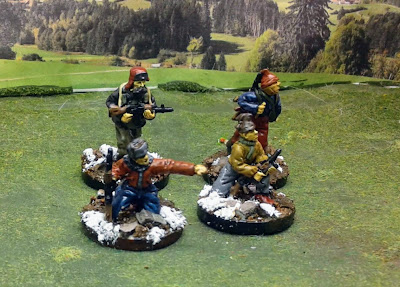 I tried to make the last four look a little more tactical as they appeared to be in uniforms.  I am sticking with the 'Cold War' theme and keeping everyone in winter conditions. 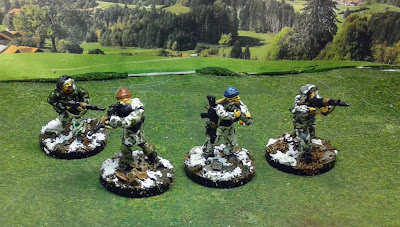 The basing for this project is a little different from normal.  I am using some of Vellajo's environmental effects in addition to the usual sand and rocks, I added some muddy grass and snow to give it a cold and wet feeling.  Might as well make conditions as miserable as possible I suppose. 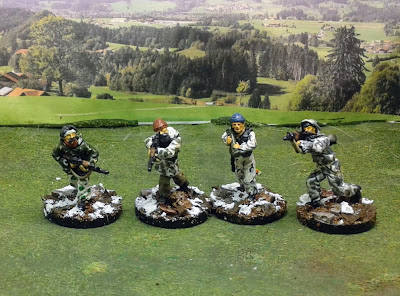 Finally, the Chechen side received an AGS-17 as well.  I guess you cannot have to many automatic grenade launchers. 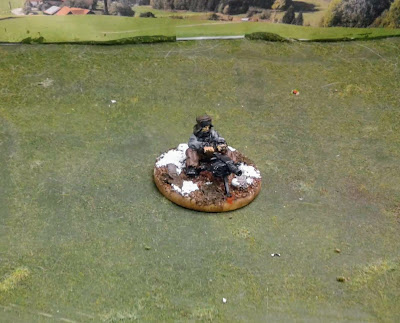